Yet another day goes by for the TransIberica riders and yet another one that includes bad luck and good views in equal measure.

Over the course of the last day or so, Hippy has been battling flat tyres - not ideal when you're in the top 10 of a 3500km bike race.

He looks to be rolling now and we're sure he's having a lovely time on the parcour of CP3: Cabo de Gato.

WHEN IN ROME...OR ANDALUCIA ANYWAY

After climbing the Cabo de Gata, riders are treated to beautiful coastal views and Bruno Ferraro even managed to get some R&R while he was there. 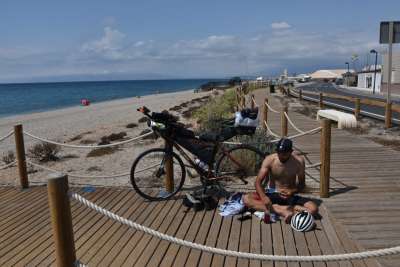 Can't blame him, can you?

Meanwhile, other rest stops have included the usual port of call for endurance riders. What's an ultra-endurance bike race without a picture in a petrol station forecourt? 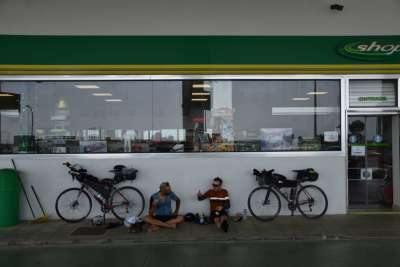 These two are battling for second place but you'd never know based on their chilled out meeting here.

Hippy has a theory that bad weather follows him (see below) and we can't help but agree with him on this occasion.

And he's got more where that's come front judging by the forecast at CP4: Pico Veleta. 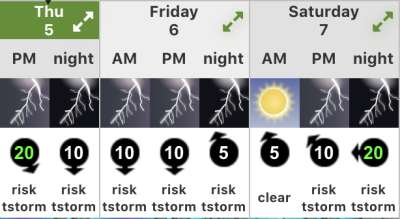 Race leader, Ulrich, is homing in on the village of Ronda as we speak. The CP5 parcours winds through the Sierra de Grazalema Natural Park, which is full of natural caverns, native trees and wild vultures.

As we update the leaderboard with every post, we can't help but notice the changes we have to make every time. It really is anyone's race after Ulrich! Sami has now triumphed up to second, while Luís has slide down a few places after maintaining a top 5 position for a couple of days. This makes it an exciting race to commentate and dotwatch and we hope you're enjoying it too.