DotWatcher wouldn't happen if it wasn't for the bikepacking and ultra-racing communities. We're particularly keen to share the stories of riders, race organisers and individuals make a difference across the world of endurance cycling.

In its first year for 2019, we hustled together five members of the community to help get the ball rolling on recognising the performances and efforts of riders around the world.

We came up with six key areas where we identified riders who stood out from the pack, but we need your help on the Scratch Award. 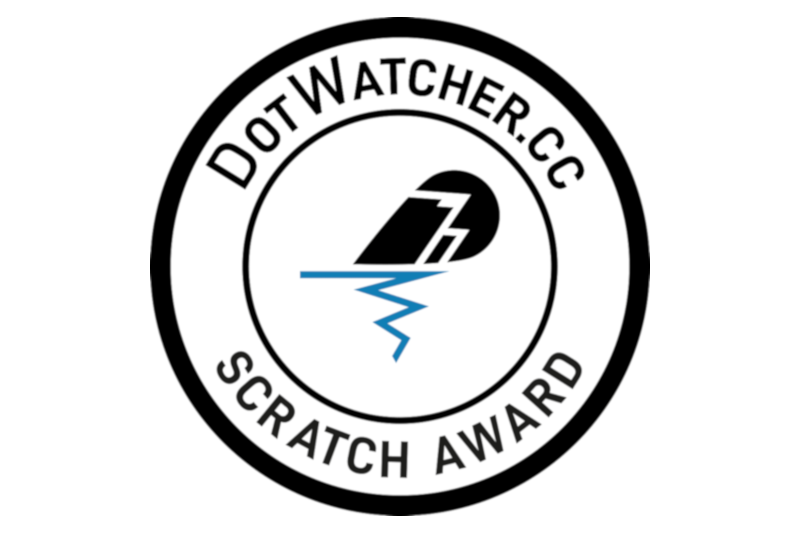 It was so difficult for our panel of judges to decide on one winner that we had to open it up to the public and we're so glad we did. We've heard a number of stories off the back of the poll but the winner was without a doubt Björn during this year's TCRNo7.

Björn was there to win and he was arguably the favourite going into it. After just two days, he had to say goodbye to the race due to saddle sores and a wasp sting.

What followed was a graceful exit from a hard-fought defence of his ultra-racing reputation. Björn continued to volunteer at check points along the route offering a friendly face to riders as they carved their route through Europe. To bow out like this took courage and generosity and this was recognised by over 35% of you who voted.

In second place for the Scratch Award was Jonathan Rankin who gripped dotwatchers the world over as he contested the point end of TCRNo7 for the entire time he was racing. He bunny hopped Fiona and Ben a number of times before succumbing to foot pain and scratching in Austria.

Liam Glen was another rider to impress our DotWatchers during his HT550 race. He was a clear winner for a good part of the race but eventually had to withdraw to health reasons. We'll have to wait and see whether his name appears on next year's start list.

Perhaps out of the ordinary, an honourary mention goes to Hanna Claesdotter who bowed out of Paris-Brest-Paris this year after 900km. She opened up her journey on this brevet to her instagram audience and documented the highs and lows for the world to see. This sport is cruel and Hanna fought for a lot time to make it back to Paris in time but resorted to the train when she realised she wouldn't finish. 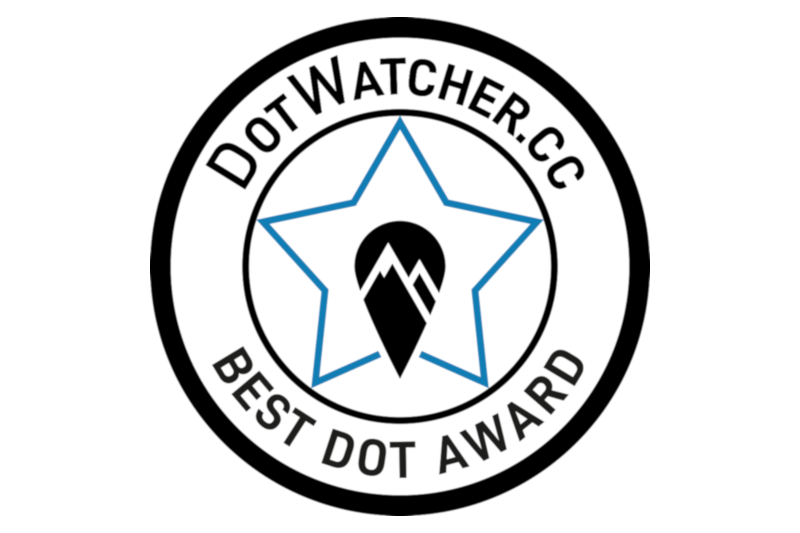 Lulu's route for this year's Transcontinental Race was somewhat unorthodox. While most riders pointed their bikes in the direction of Serbia, Lulu opted for the roads less travelled through Kosovo, a region renowned for its troubled past.

The diversion piqued the interest of many dotwatchers on twitter wondering what border issues she may or may not encounter. One particularly observant analyst noted that her route would've meant an extra 8k-10k metres of extra climbing. 🥵 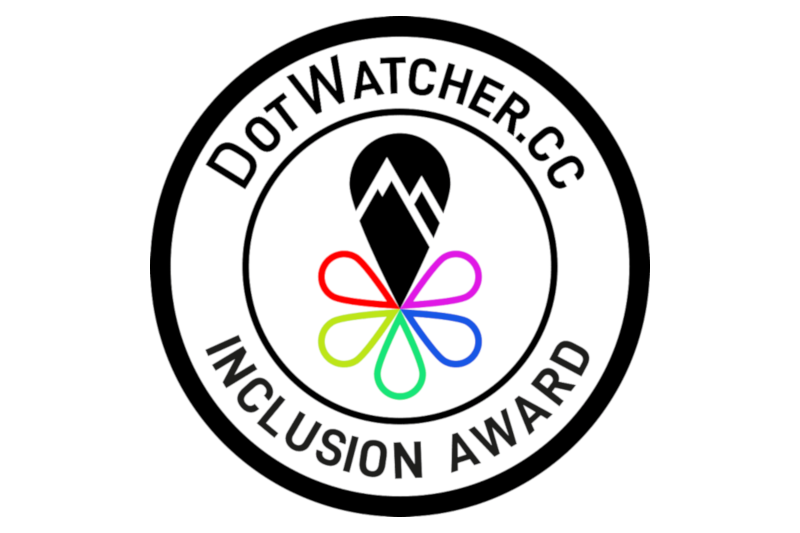 In nominating Angela for this award off the back of the inaugural All Points North, Jack Peterson says, "I appreciate it is quite something to run an event on home roads and to overcome the legal pitfalls. Her event will open the floodgates of similar low cost events. The plan is for 2020 is for half the field to be beginners."

Angela is role model for many women aiming to conquer the world of long-distance and is an important member of the community in encouraging others to realise their potential. 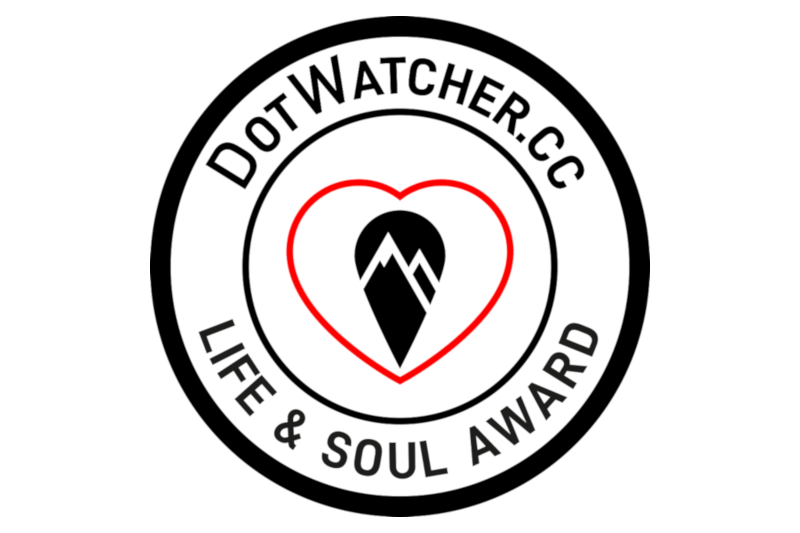 Her valiant effort during this year's Pan Celtic Race won't be forgotten any time soon. Jack Peterson watched the first edition of this race closely and was amazed by the hurdles she overcame time and time again, "she showed great character in often hard conditions. Her bike weighed a ton and she battled the Scottish hills with failing gear choice. There were at least 5 gates to climb over en route and she had to take bike apart every time to pass as she could not lift the weight over!"

After chasing the main bunch through Ireland, she fell asleep in the ferry terminal. When she woke to board, her rear tyre was flat and she had to run the length of the building to the ship. With more gates and Welsh lumps and bumps, she suffered once again but in what might be the best finish ever, she met the cut off and enjoyed the party as first woman across the line. 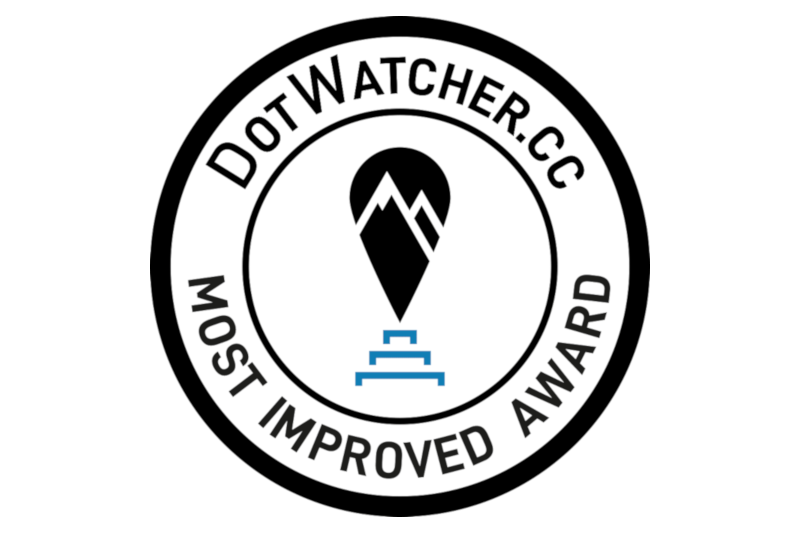 It may come as a surprise that our panel picked one of ultra-cycling's most prolific riders, but this year the multiple-TCR winner was schooled in an entirely new skill set: off-road riding.

After announcing that he would not defend his TCR title, James entered Italy Divide as his first foray into the world of rocks, gravel and mud. The race did not disappoint with him and Sofiane Sehili reaching the finish together for joint first.

His next race was the real test of skill: the Highland Trail 550. Nobody could've predicted the conditions the riders would face and as a rookie, James had a particular disadvantage. As his dot moved slowly across the Scottish Highlands, he faced river crossings, treacherous trails and torrential rain that no road cycling skills could've prepared him for.

Not content with ending his season there, James entered the Silk Road Mountain Race meaning he'd face not only some of the roughest terrain yet, but also the most remote. Add in the element of altitude and you've got yourself a real feat of endurance and skill.

Adrian O'Sullivan also doffs his cap to James with how he also dealt with a terrifying yet rare occurance that nearly ended his race, "he was nearly robbed while leading the race which meant he had to take a day or two off but he came back fighting to finish fourth. That would have derailed a lot of riders." 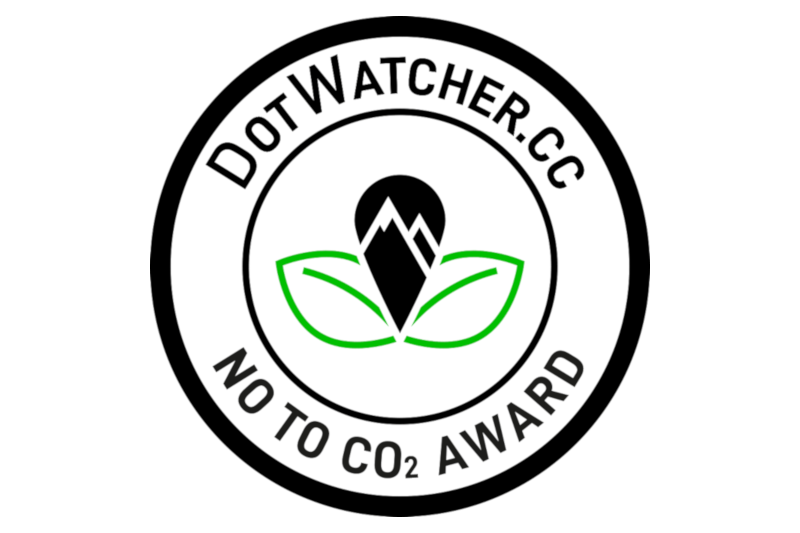 NO TO CO2 AWARD

There is an onus on riders and race organisers to consider the environment when the race unfolds. Honourable mentions for this award go to the Transcontinental Race who select their volunteers based on the carbon footprint of travel the volunteer intends to take, and also the Two Volcano Sprint whose aim is to promote eco-sustainability in south Italy.

The Racing Collective however, have gone one step further and organise annual tree planting days. Their overarching aim is to go beyond the 'Leave No Trace' principle in order to leave the world in a better state than they found it as well as establishing the UK's first crowdfunded National Park.

We're looking forward to expanding our awards next year and need help from the community. If you're interested in becoming a member of our panel for 2020, please get in touch. The more global and diverse our panel, the more untold stories we can tell from around the world.

DotWatcher is here to showcase the best of long distance self-supported bike racing. The DotWatcher Digest is a regular roundup of the best content from around the bikepacking webosphere, delivered via an exclusive newsletter.

If you have a race you would like us to cover or just want to get in touch email us at info@dotwatcher.cc