« Back to Trans Am Bike Race feed 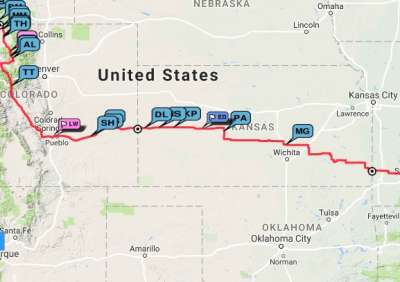 The night of the velomobile. As Peter Andersen and Marcel Graber moved into Kansas last night, the pair’s dots grew apart at a considerable rate (the gap is now 160km+) with Graber’s discussion-stirring velomobile carrying him along the plains at an average speed almost 2km an hour faster than Andersen’s more traditional bike set up. 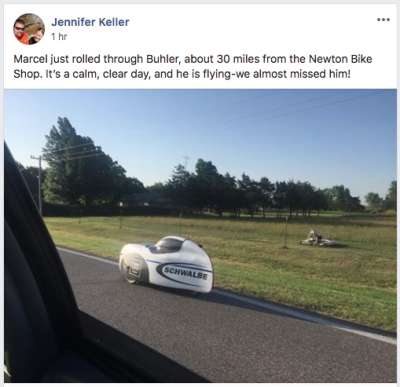 Dave Lewis, the second velomobile rider in this year’s TransAm, is now in fifth place, up from ninth just yesterday. Pan-flat Kansas may be made for velomobiles, but there’s plenty of racing left.

A near-constant in the top ten so far, Matthijs Ligt has scratched after the battle with cramp proved too much. Go well, Matthijs.

The drama continues, and we’re glued to the dots. Fellow spectator Aarron couldn’t have said it better: