No Tour Divide group start for 2020

David Chirnside (who commentated last year's race for us) has just posted on the Tour Divide Facebook group confirming there will be no group start for this year's race.

The Official confirmed Banff NP will be observing a rigid 15-person max group size rule in the park for the remainder of the summer. This means no group TD start (obviously).

There is also some choice wording around riders wishing to ITT the route.

Update from The Japanese Odyssey

You will no doubt have heard about the inevitable postponement of the Olympic Games this year which in turn perhaps posed the question about this year's Japanese Odyssey.

Emmanuel from TJO got in touch to let us know what the current status of this year's event is (edited for clarity):

The event is supposed to start on Sept 30th, but with the escalating spread of COVID-19 and the restrictions put in place by almost all governments, it is impossible to say if TJO 2020 will take place as planned at the end of September.

The priority in our minds is the health and safety of the entrants coming to ride the event. But we also have a responsibility to the Japanese people's efforts to challenge this situation as entrants of The Japanese Odyssey are coming from around the world.

The event should take place in 6 months, which leaves us with a bit of time before taking a final decision. All we know is that the event won't be postponed later in the year as some passes might be closed by late Oct-early Nov in the Japanese Alps region. So it is departure on Sept-30, and if not the 2020 edition will be cancelled. 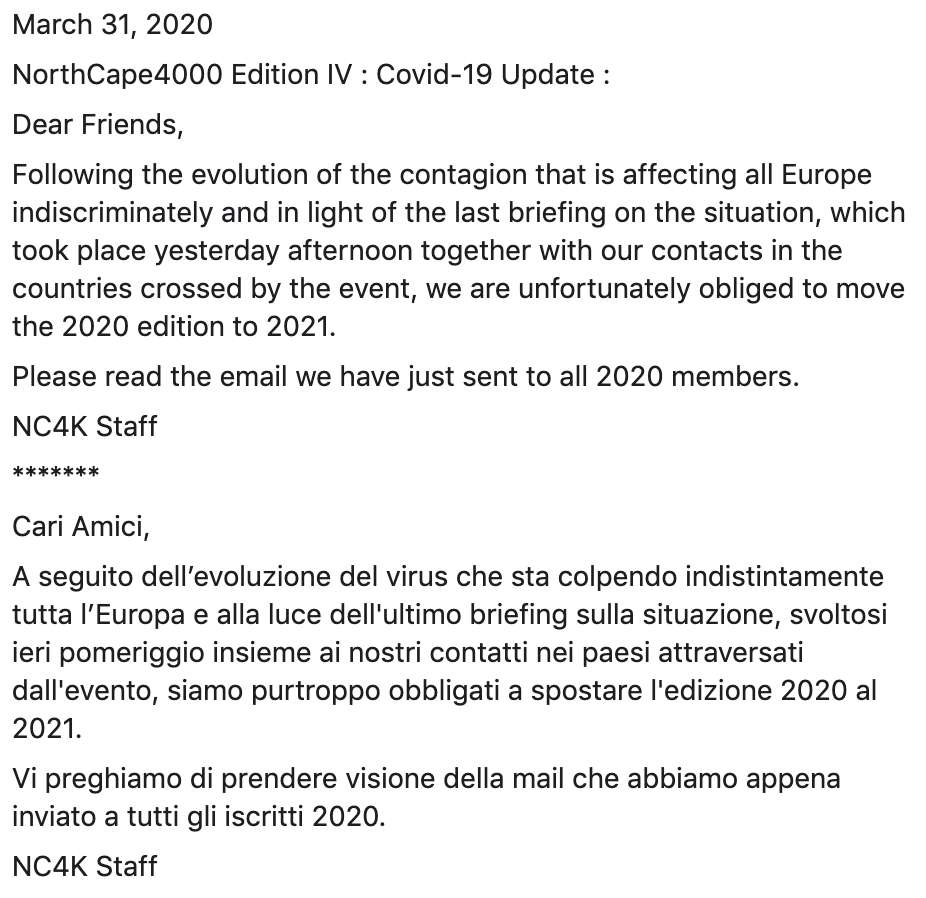 Originally slated for July 27th, the NC4000 is now cancelled and the next edition will run in 2021.

September looks like it'll be a busy month on the calendar at this rate! 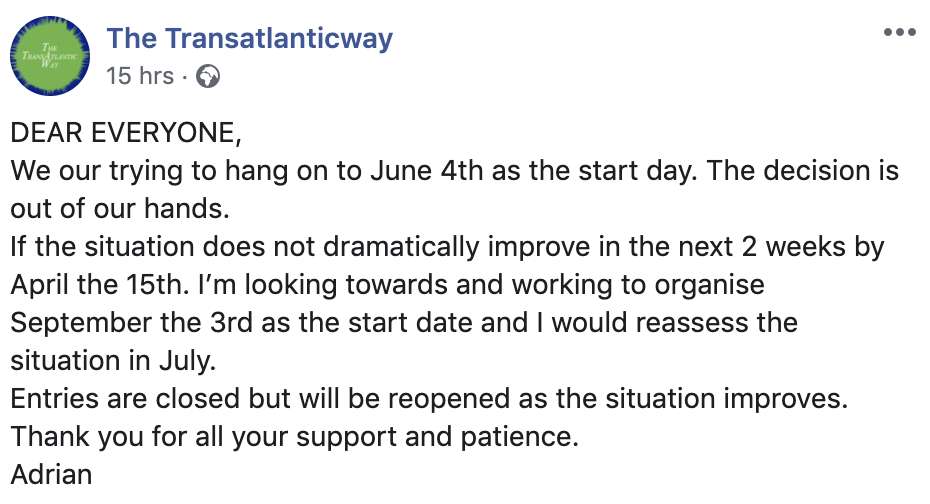 David and Carlos, the team behind the Transibérica series of races, wrote to riders last night about the postponement of Badlands. With this announcement, there are no ultra-distance events in May.

With this announcement, it leaves just Badlands the only race in May that has said it hopes to continue...