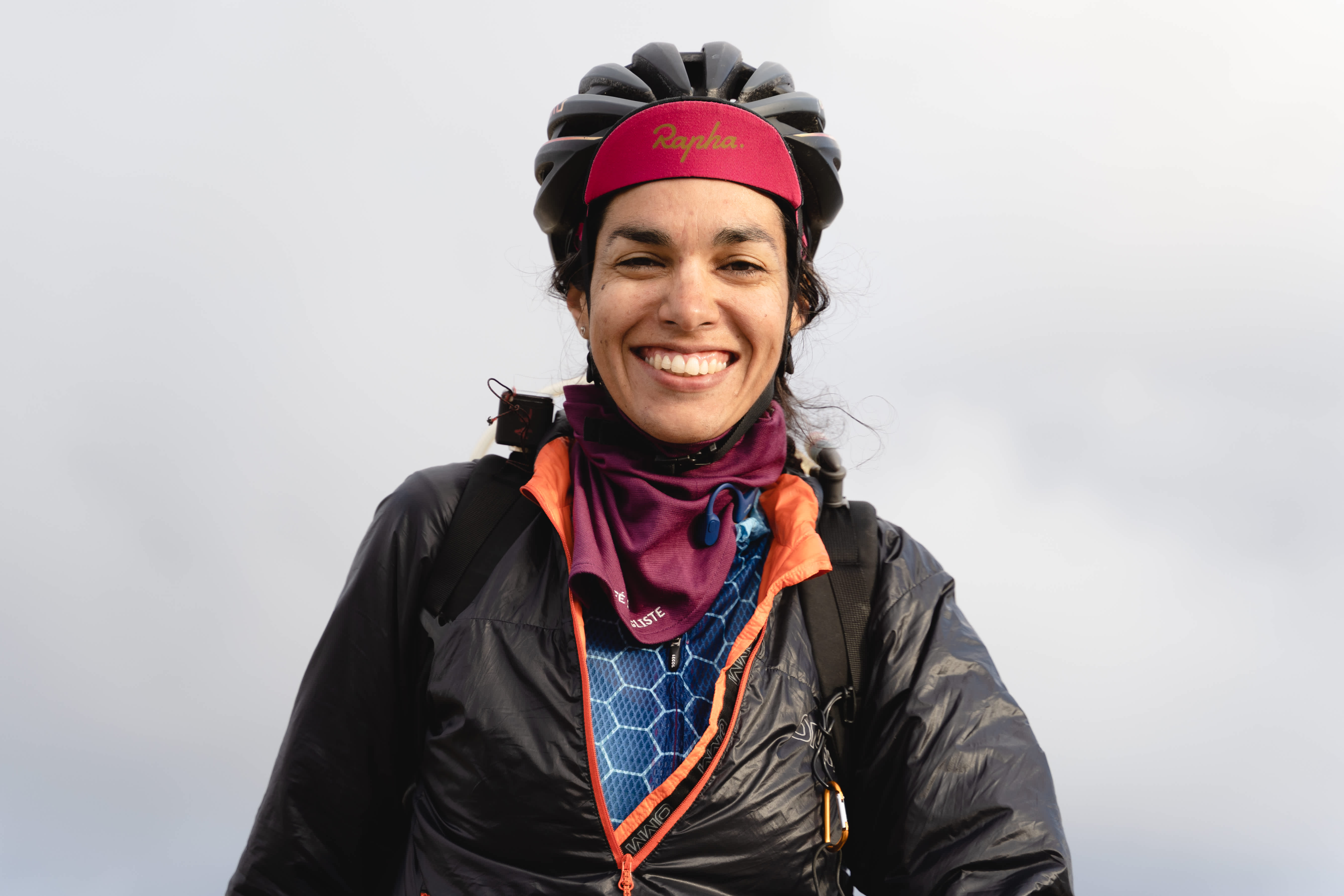 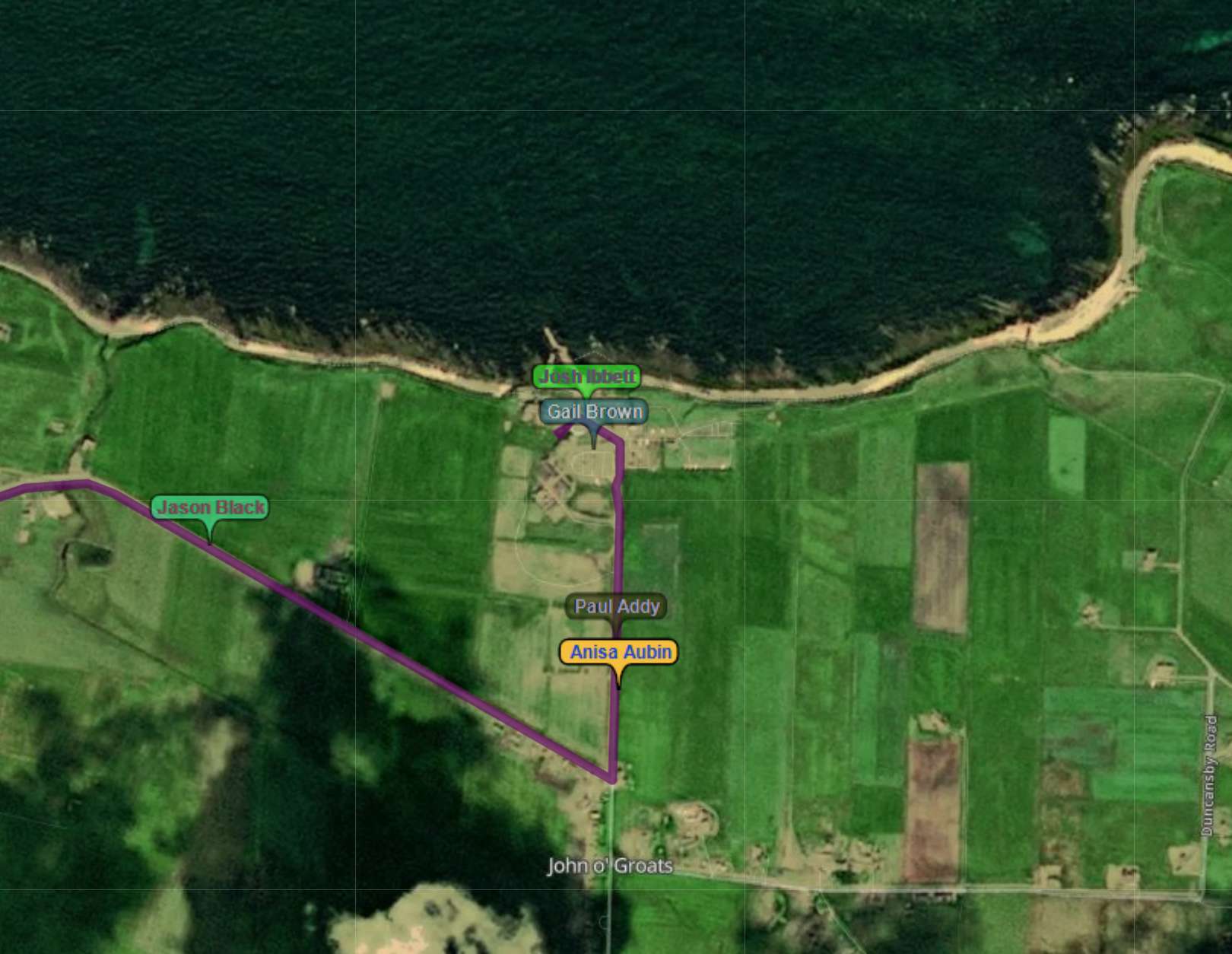 After an astonishing day's riding, Anisa has finished GBDURO20 at just before 10pm, bringing this year's race to a close in some style. With the finish line beckoning, she pulled out by far her biggest day, riding 207km in less time then it took her to ride 120km the previous day!

One of the highlights of this year's race was Anisa's enthralling battle with James, which raged across most of the UK until James started to edge away as they crossed Scotland. Meanwhile, over half the field of riders were dropping like flies all around, eventually leaving Anisa as the Lanterne Rouge, which seemed to spur her on for a grandstand finish. But GBDURO isn't about finishing places, it's about what you learn and prove to yourself along the way and how it changes you internally.

Anisa has captured the hearts of the dotwatchers and fellow riders alike with her truly inspirational reserves of determination to battle through adversity. The race gets harder the longer you're out there, as food starts to run out and mechanical and physical issues become more likely. On top of that, we suspect she had to ride the final 300km+ with only one gear! The prize from this kind of experience is greater than any finishing medal or prize money.

She's been off-grid due to phone issues, so we're looking forward to hearing some more stories from her race once she's had a beer and some rest. 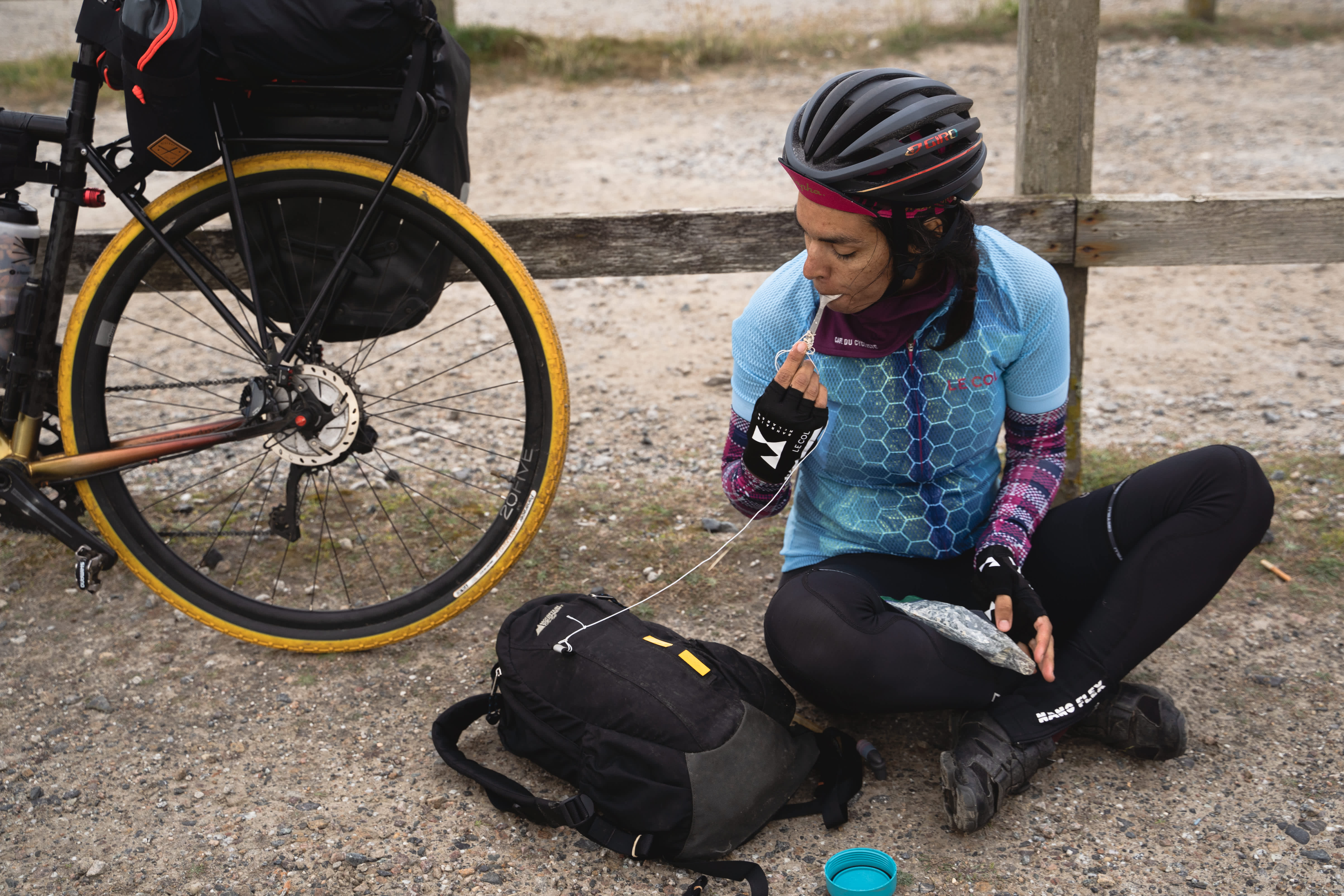 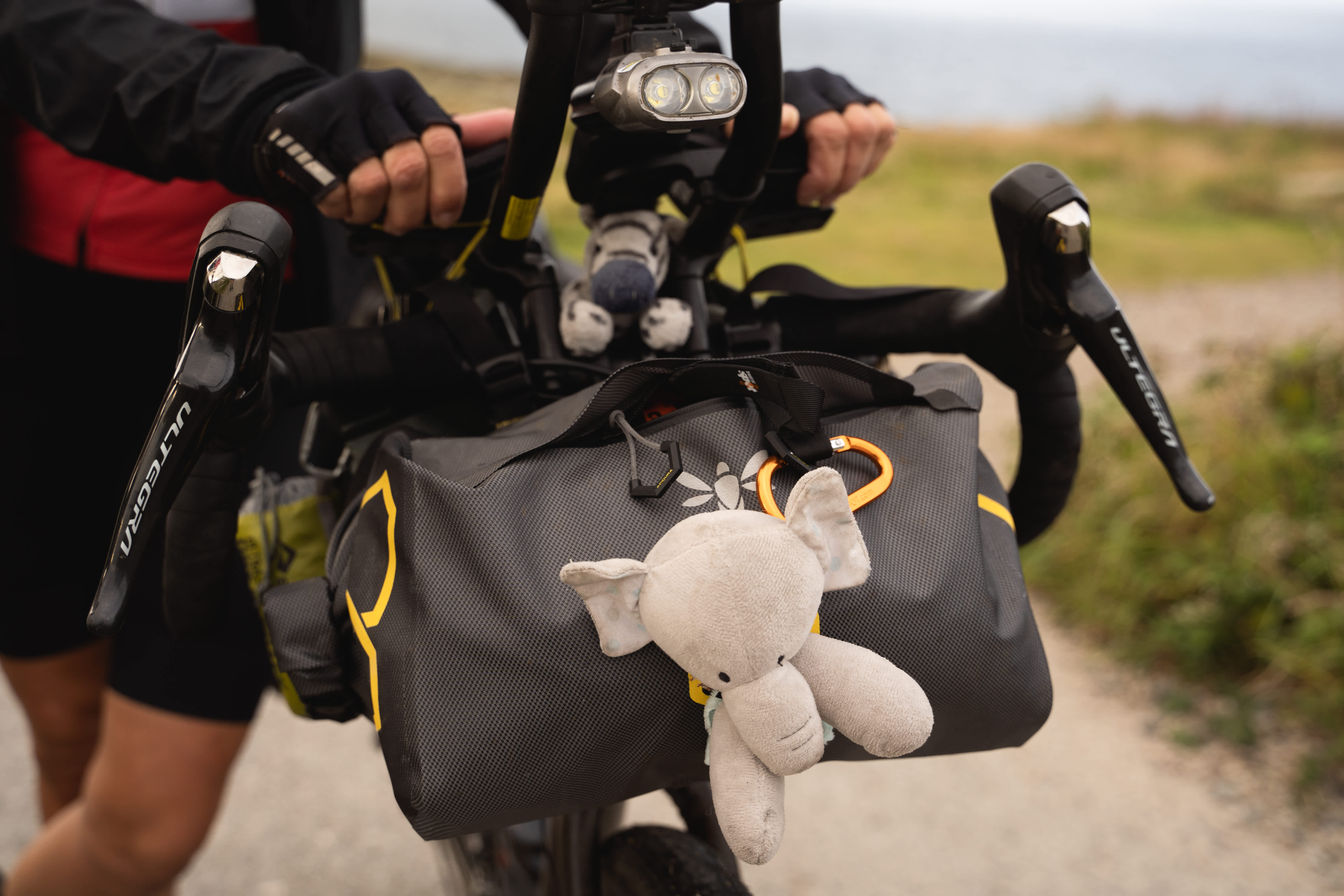 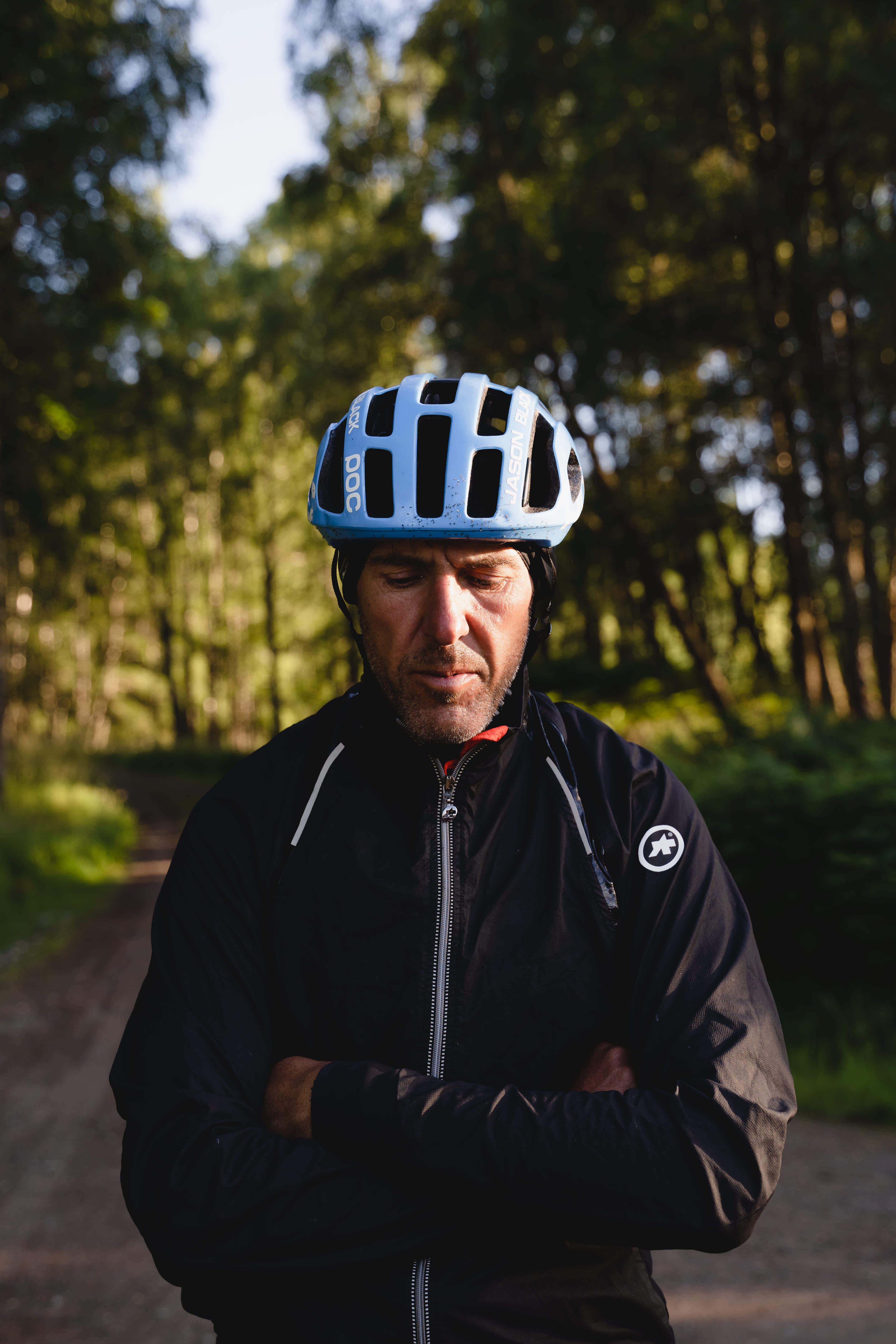 Dramatic news from The Racing Collective:

"Unfortunately we have had to DQ Jason as there were three short sections where his tracker showed him off route and he does not have a saved GPX track to prove otherwise (as he was having some fairly serious Garmin issues). We are not questioning Jason’s integrity; he was certainly not trying to gain an advantage, but in the absence of being able to prove the correct route was taken, we have no choice."

This means the GBDURO20 podium is now:

Anisa on the home stretch

Anisa is now the final rider out on the course, battling alone against the elements. Rumours have emerged that she's down to a single speed, which if true will make it a truly monumental task to complete the final 175km to the finish.

Her last two days have been around the 125km mark. If she sticks to that pace she'll be looking at a finish maybe late tomorrow morning. But...she was riding deep into last night, stopping at 1.30am for a mere 5 hours before hitting the trail at 6.30 this morning, so she may be upping the ante for the final run-in. 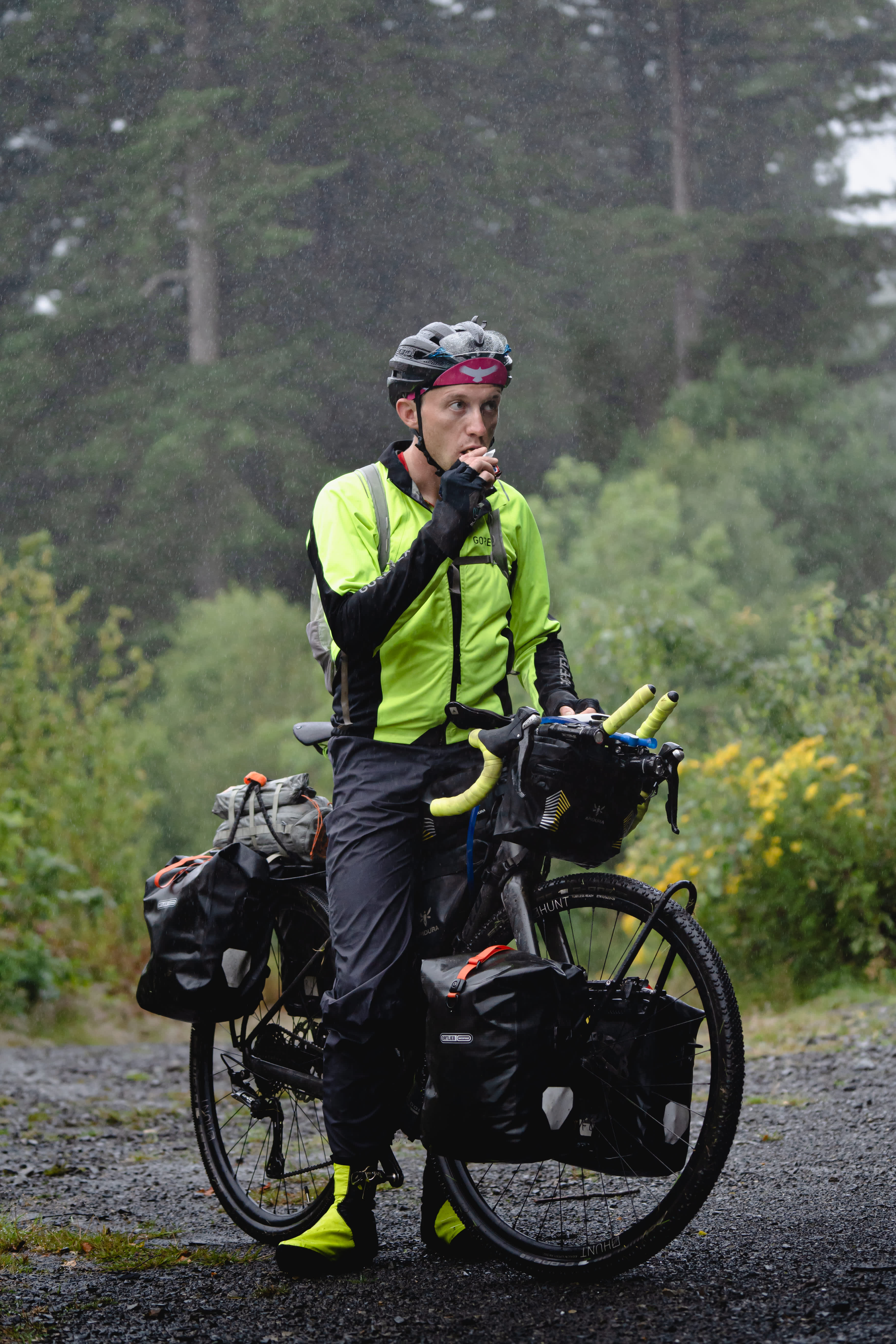 James rolled into John o' Groats yesterday evening to finish GBDURO20 in 11d 10h 35m. The TCR and Atlas Mountain Race veteran used all his experience to negotiate his unique bike setup across terrain clearly not suitable for front panniers! He timed his food and water supplies expertly, finishing his last freeze dried food pouch just before the final push to the finish line. 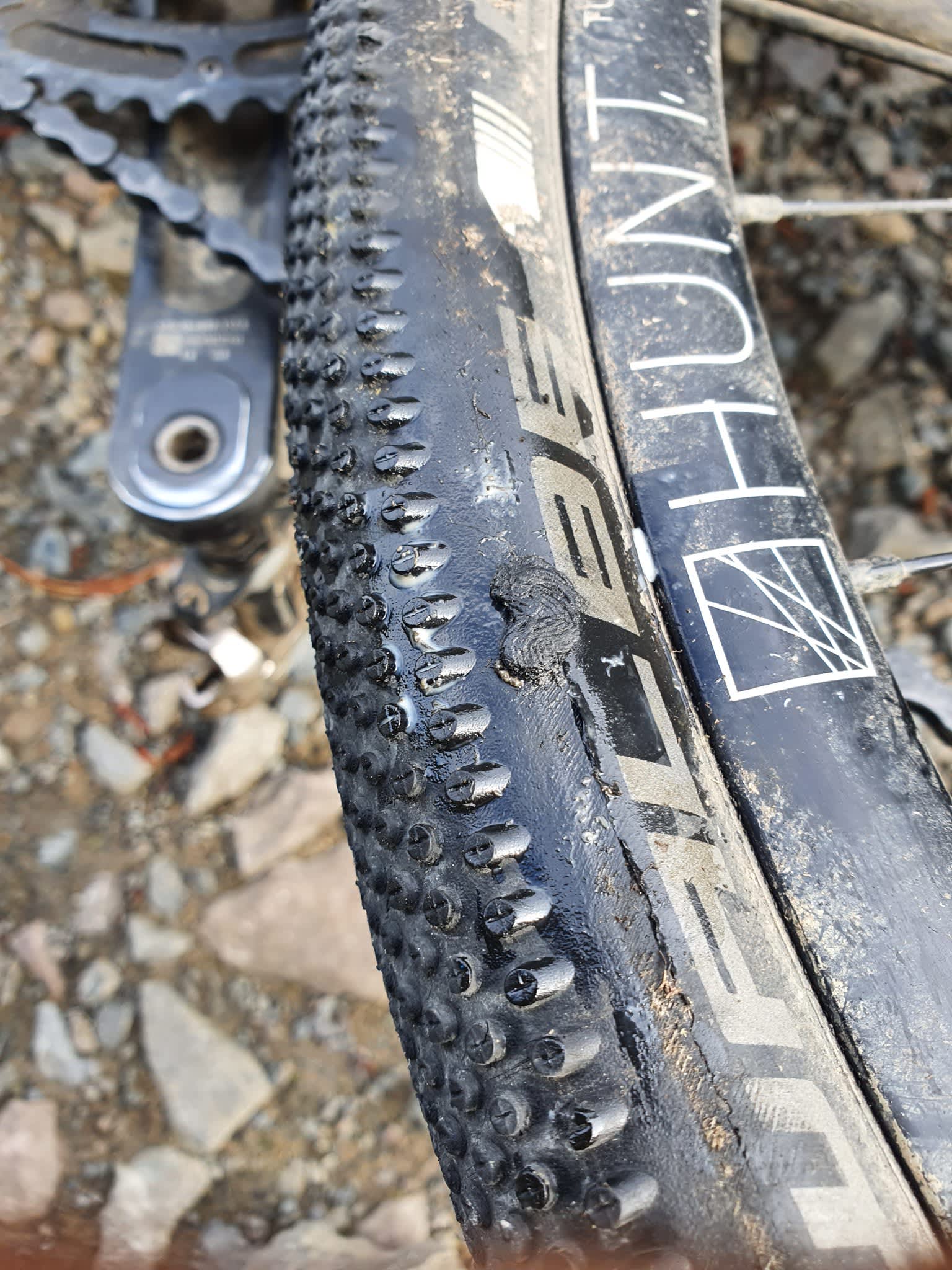 James' running battle with Anisa provided some of the most intriguing action in the race until he managed to edge past the Lanterne Rouge in the latter stages, ending up with a sizeable gap between them. Unfortunately, that wasn't the only sizeable gap, as James ripped a hole in his sidewall just 5km from the end of the final gravel section. Luckily he didn't need to get the sewing kit out and was able to ride the final section to complete the race. Bravo for an incredible ride.

"Thanks everyone for a mega race. Watching those at the front gave me something to aspire to and racing those around me was super motivating. Every single rider to take the start was incredible in my books. Best of luck to Anisa on the final stretch. Finally, thanks to Angus, Miles, and all of the Racing Collective for daring us to try this format. I thought I'd probably fail, which made it all the more inviting." - James 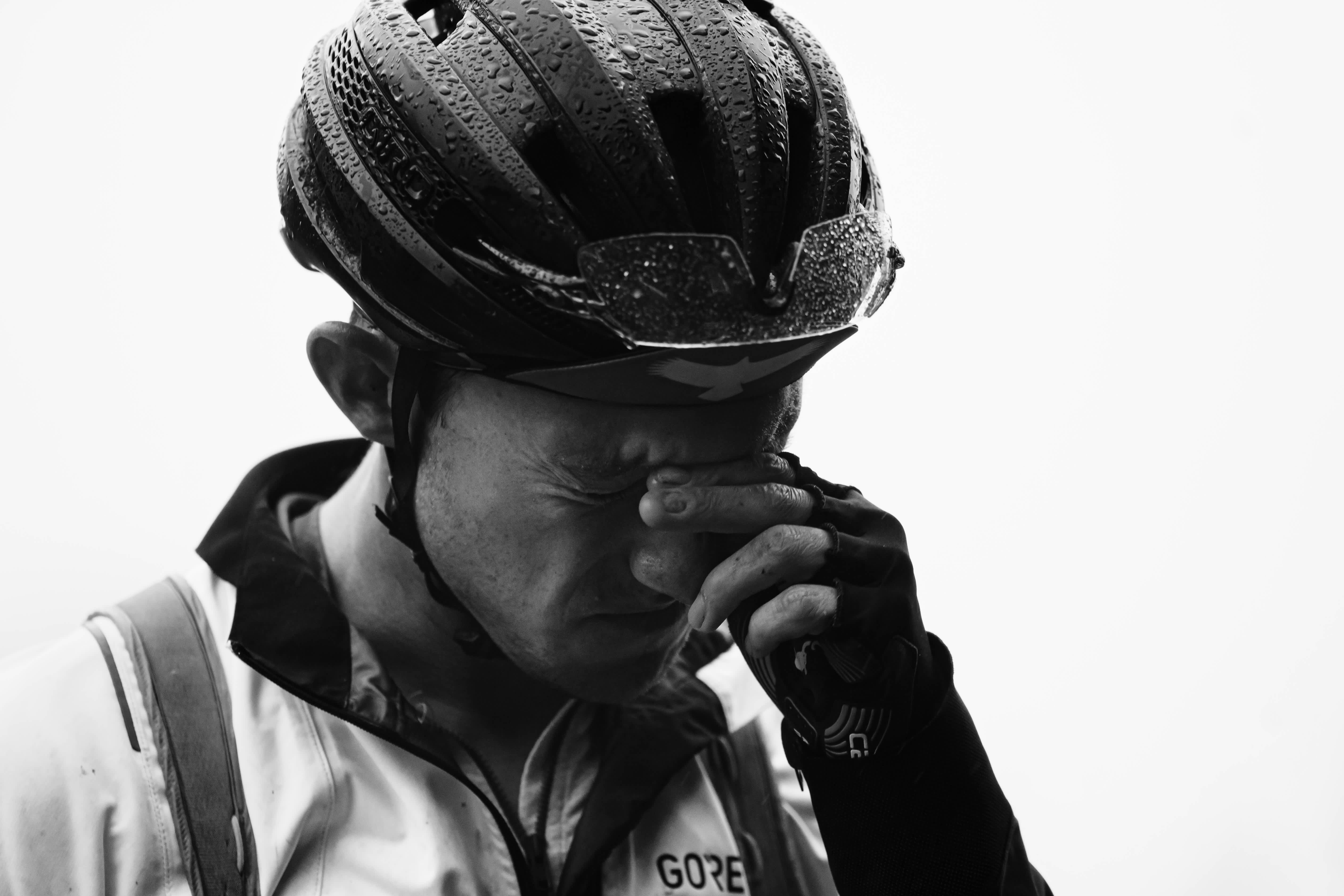 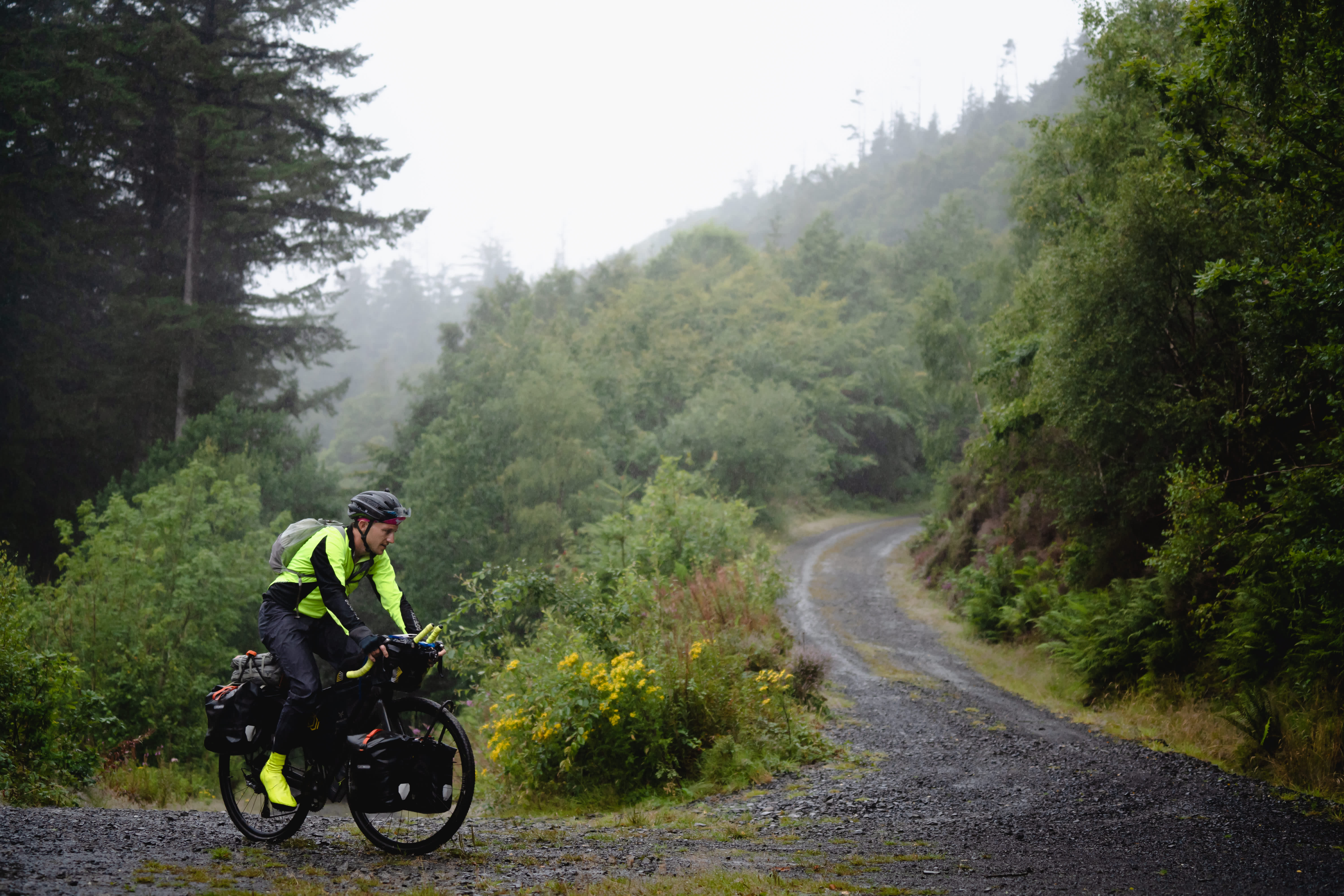 Another day of sensational racing! Gail somehow overhauled Paul's lead to overtake him at 6.30am. Woken by a rain of gravel hitting his bivi from Gail's passing tyres, Paul quickly packed up his camp and hit the trail to set up a neck-and-neck pursuit. Paul finally got the better of Gail late in the morning, undoubtedly shouting a cheesy 80s action film style one-liner as he passed. It was an effective strategy and Gail was clearly rattled by the quip, losing more and more ground throughout the afternoon as the two riders negotiated the final 100km to the finish. 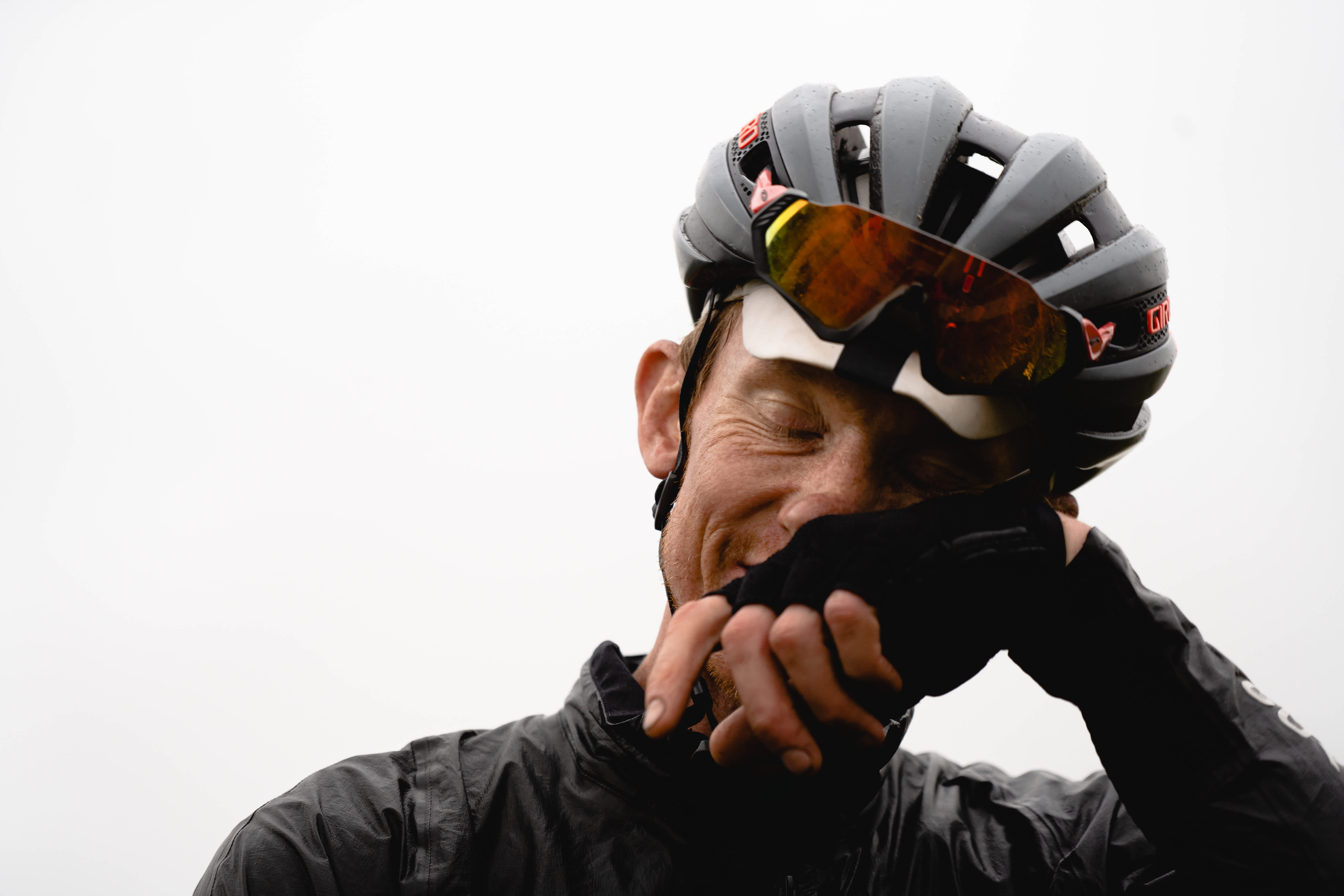 But this wasn't over! There would be one final twist in the tale: Paul was suffering with major tyre issues and was forced to stop to address the problem. As he worked frantically on his bike, the image of Gail appearing at any moment haunted his thoughts (probably) and midges descended to tuck into the stationary lycra clad buffet. Paul was forced to stop at frequent intervals, all the time Gail relentlessly closing in.

Luckily for Paul, there wasn't enough course left for Gail to catch up, and eventually he rolled up to the iconic John o' Groats signpost, sparks flying off rims worn down to bare metal. 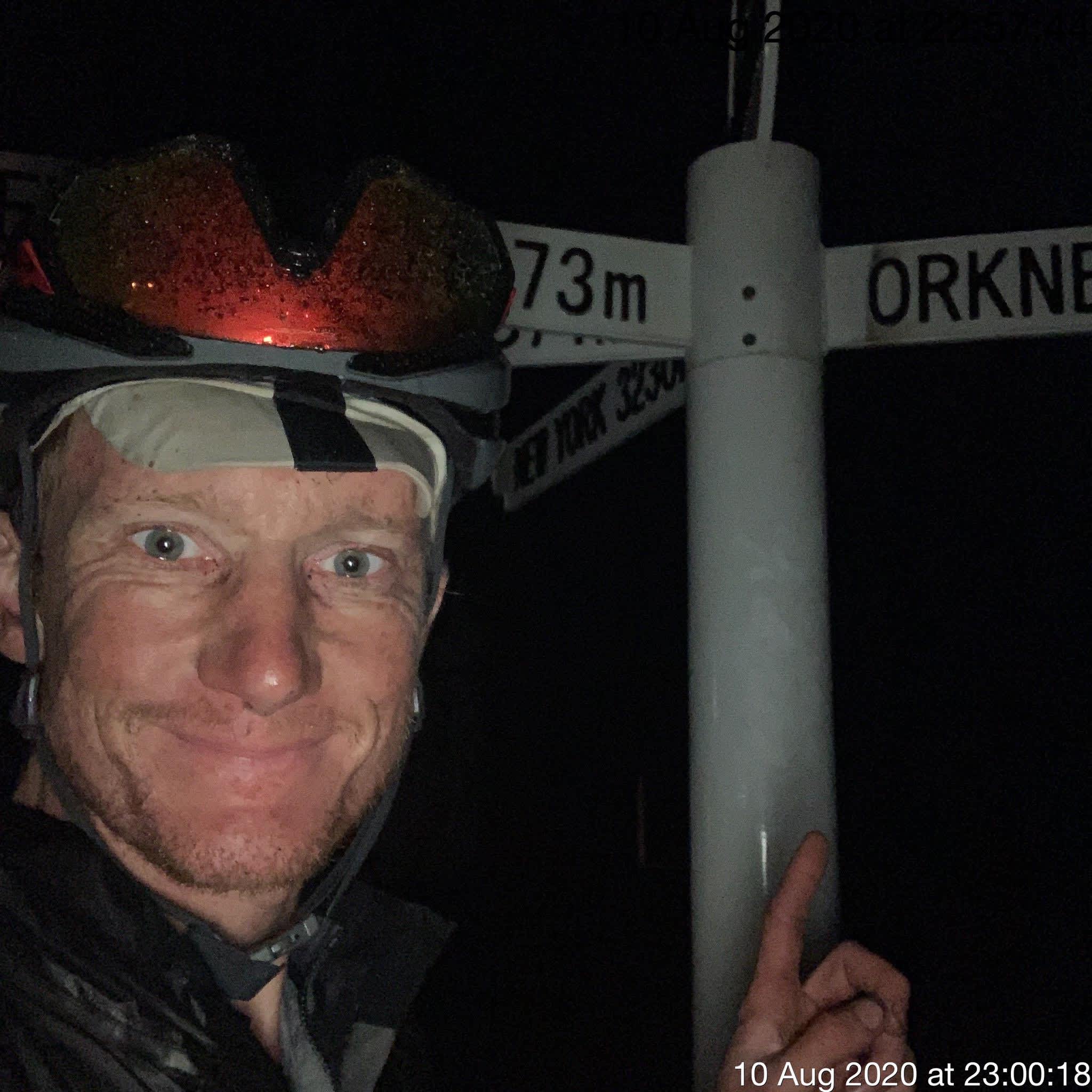 "Guys, I made it too... just. Was about 40km from the finish when I had a series of tyre problems that took ages to fix. Meanwhile the Scottish midges took the time to feast on any available flesh, and with Gail the relentless-always-smiling-warrior getting ever closer, I was about to throw the towel in and the toys out of the pram at the same time. Regardless of how far we’ve come, we all share the same appreciation, the pain and joy, the ups and downs GBDURO brings - this is unique and no one an ever take that from us. It’s unfortunate that this year’s format has not allowed us to share our experiences together over a few beers. Congratulations to all the riders. This year, it has been extraordinary and forever memorable. Cheers, Paul"

Meanwhile, Gail pressed on in the darkness with the effortless determination that has characterised her race, a smile permanently etched on her face. She rolled up to the finish line only an hour after Paul, putting the full stop on a memorable chapter of racing between the two riders.

"What a beautiful adventure. Absolutely blown away by the support!! Oh my goodness, time to sleep and process." - Gail

Gail's unwavering positivity and immaculate appearance in every photo make it easy to forget she suffered a snapped pannier rack early on in proceedings that could have easily ended her race. Gail has looked in her element throughout, seemingly thriving in the adversity and wilderness, but make no mistake, this race has been monumentally hard for everyone. Huge respect to Gail for giving it everything to scrap it out with Paul, never giving up and fully embodying the spirit of the race. 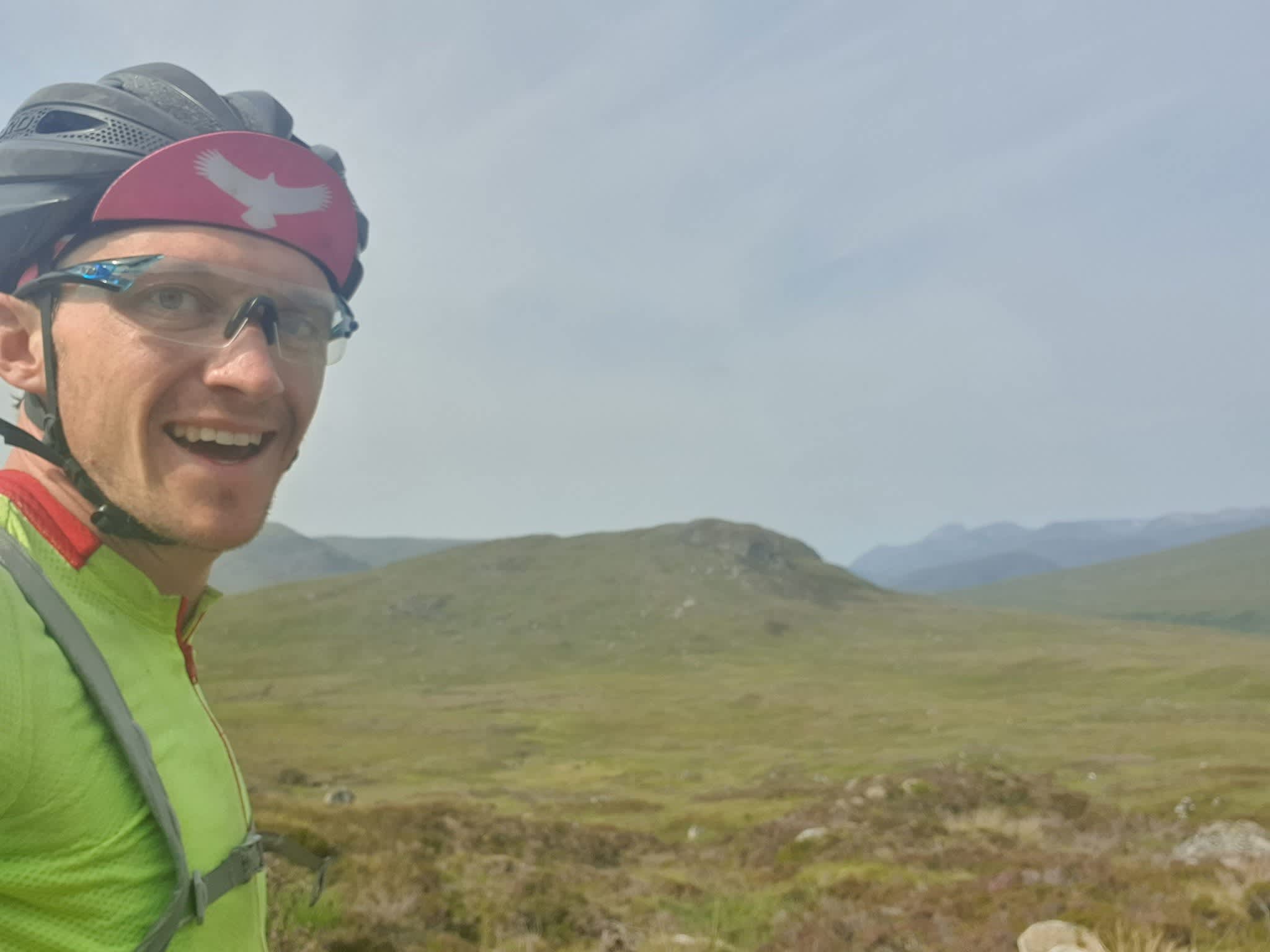 As our riders enter double figures in days out on the trail, bikes and equipment are feeling the strain, requiring more and more frequent stops to replace worn parts and re-botch previously botched repairs. This cruelly makes progress slower towards the end, but I suppose that's counteracted by bikes getting lighter as food rations dry up.

"Ben Nevis in the background (I think). Epic riding today with stunning views. Pretty hot but cooling off now. Lost some time fixing bags and doing bolt check first thing so a late start. Just saw Adam has had to scratch. So gutted for him - this race is incredibly tough" 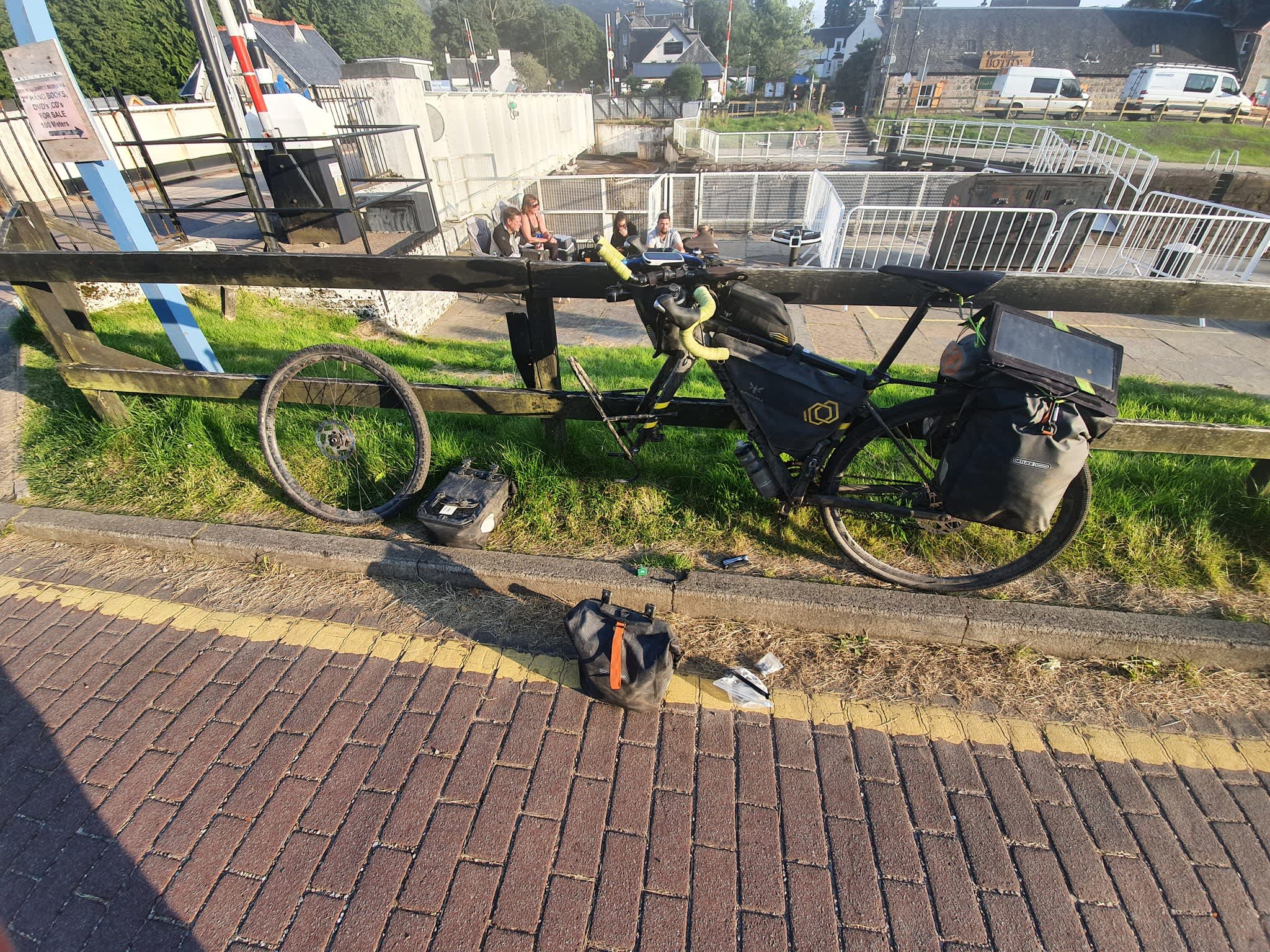 James managed to find one of the official GBDURO20 'Fan Zones' to make a brake pad switch with the added excitement of a live audience. 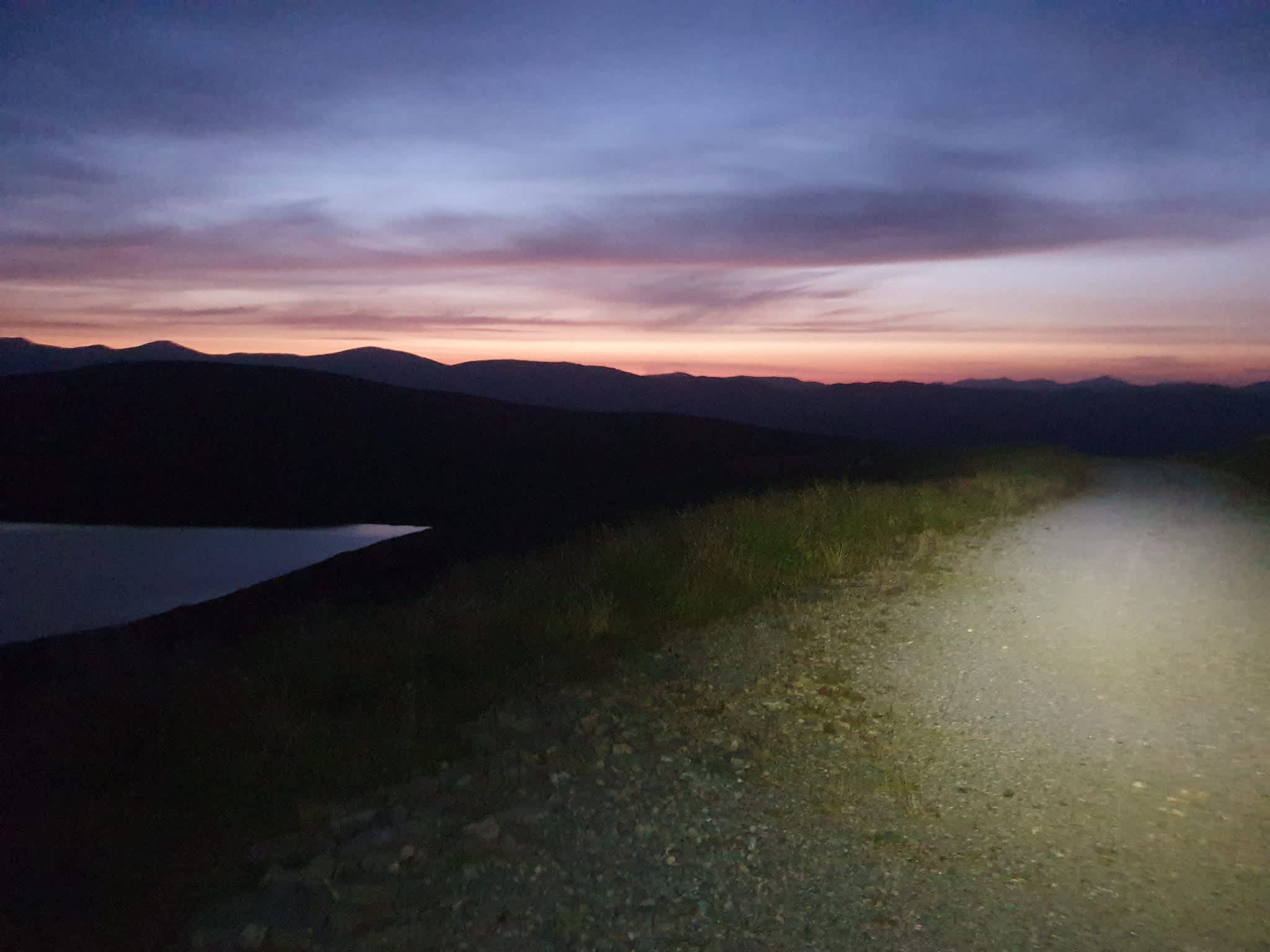 "Some beautiful night riding yesterday evening to get me to ~330km from the finish. Late start today as a result. Praying the bike holds together now." 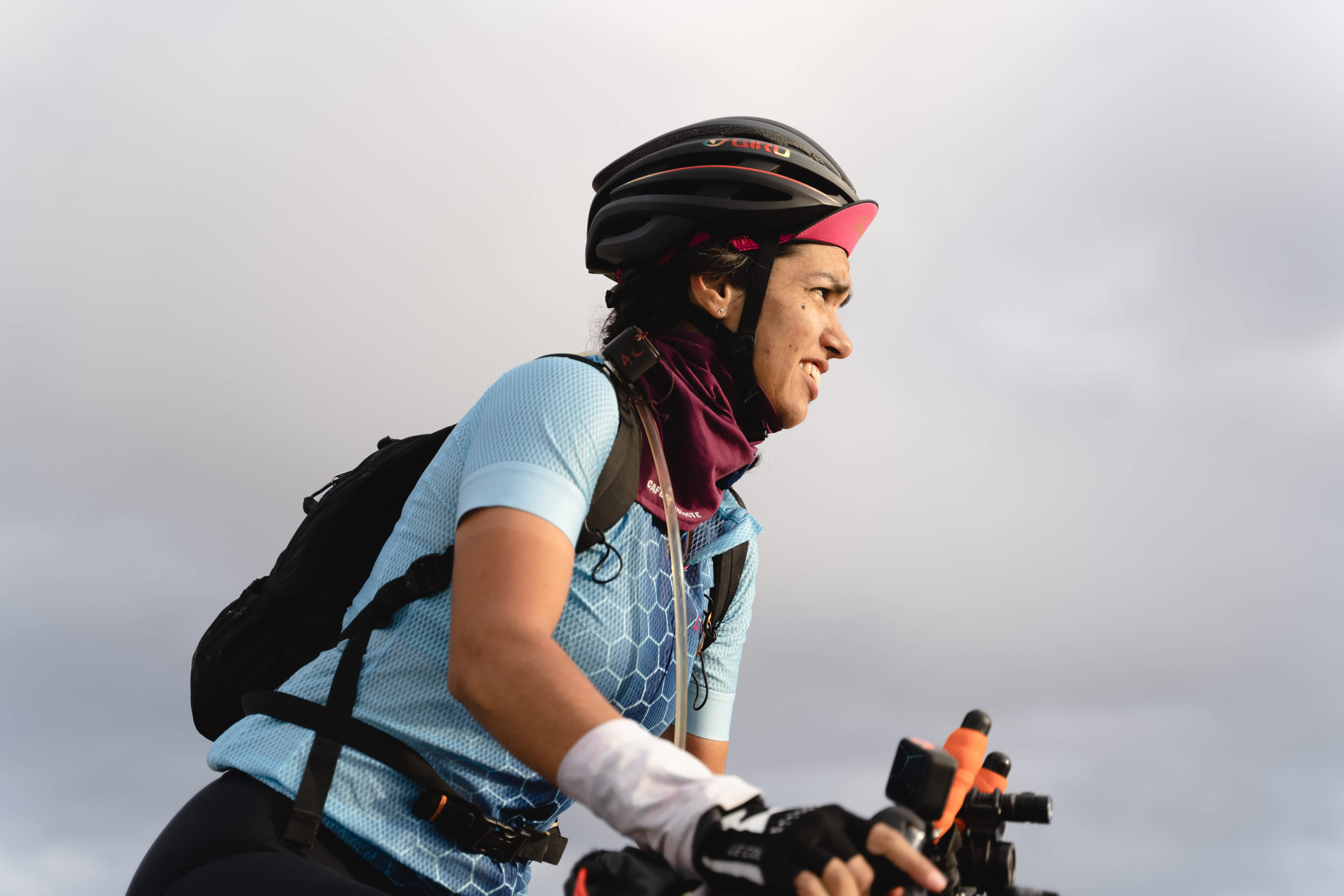 Anisa is just approaching the Corrieyairack Pass. She should hit Fort Augustus just in time for a post-lunch Guinness with Adam before pressing on to start eating into the 380km to the finish. 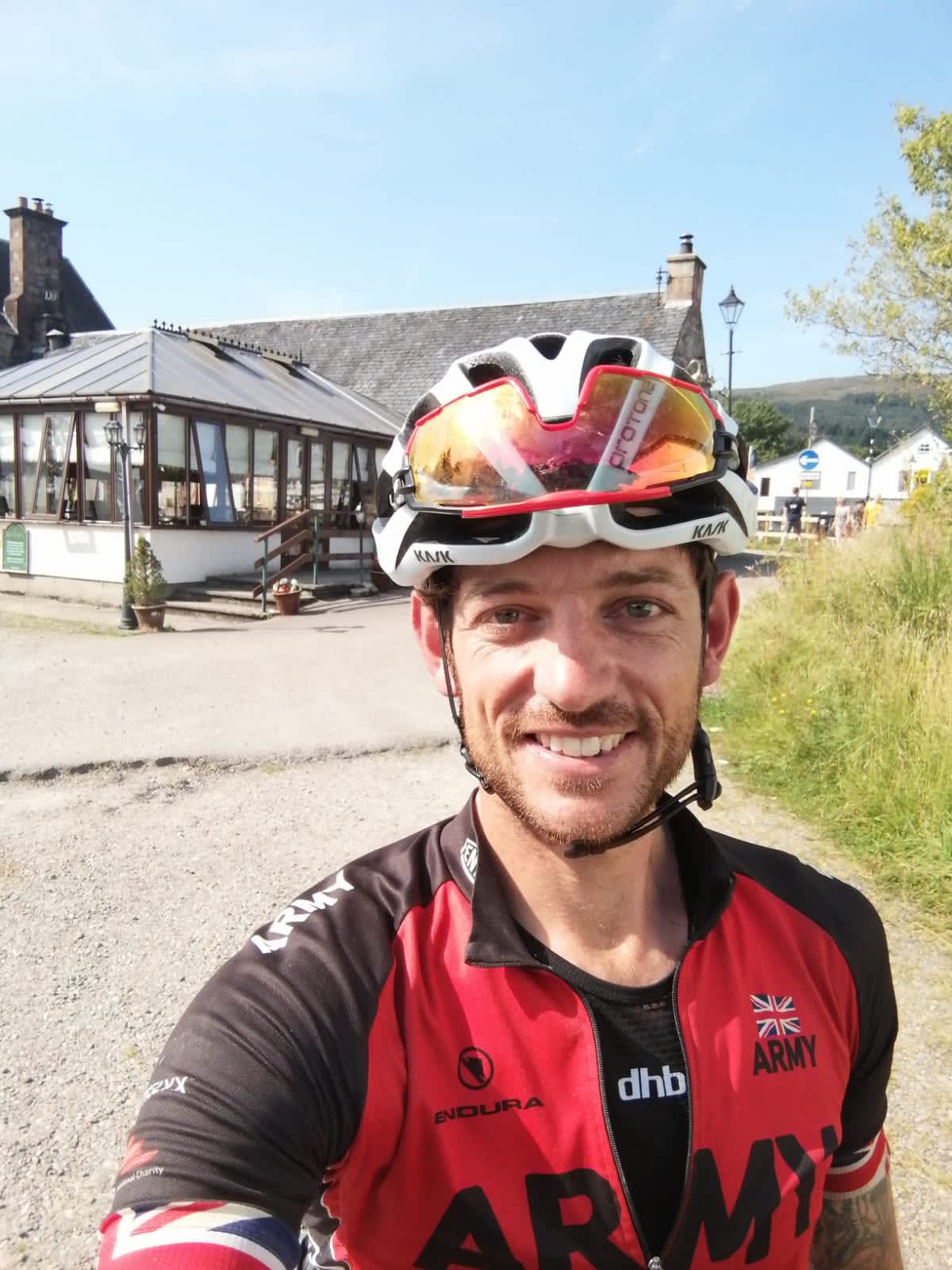 It's with a heavy heart that we report Adam has scratched from GBDURO20. The signs weren't looking good earlier today after his derailleur had snapped off as he ascended the Corrieyairack Pass. He attampted to make a repair in Fort Augustus and continue but it wasn't to be.

"So it's with the greatest regret that I can no longer continue this beautifully epic journey. I physically have it in me to continue but unfortunately my bike will not be fixed. I said I'd smile all the way and I have and even with how sad and gutted I am to be this close, I will only go out on a smile. Thank you for this opportunity and rest assured I can and will complete this challenge. Well done and good luck to all those still out there. You're all fantastic athletes and true warriors. Stay happy and stay strong."

Adam has been a beacon of positivity throught the race, with his unerringly beaming selfies a real highlight of the race for many dotwatchers. It's a real shame to see him forced out of the race as we have absolutely no doubt that his positive attitude and grit would have carried him handsomely to the finish line.