Lael Wilcox has become a household name in ultra-endurance racing ever since she broke the women’s record for the Tour Divide in 2015. She subsequently went on to take the outright win at the 2016 Trans Am Bike Race, and while she continues to power herself through the racing scene, she has also started a mentoring initiative for girls in Anchorage. Lael has taken the time to discuss her plans for 2019 and beyond - have a read.

What are some of the key races and records you’re working towards this year?

This summer, I'm racing the Tour Divide in June and the Silk Road Mountain Race in August. I might also fit in a time trial on the Arizona Trail at the end of March. There has been a ton of snow in Arizona this year, so I'll be watching in the next couple of weeks to see if the trail dries out.

Do you have any fellow racers who you’d particularly like to line up against?

Yes, I'm trying to round up a competitive startlist for the 2019 Tour Divide group depart. I've asked Jay Petervary, Neil Beltchenko, Sarah Hammond, Jesse Carlsson, Kristof Allegaert, Josh Kato and a few others if they're considering racing this year. I know that Evan Deutsch and Janie Hayes are planning on being there. The more competition, the better - it pushes everyone to work harder!

What’s your strategy for coping with the remoteness of the Silk Road Mountain Race?

I plan to travel to Kyrgyzstan in the first week of July so I can have six weeks to tour the route and prepare for the race. For the most part, I really just want this extra time to get to know the Kyrgyz culture and landscape. I'm so excited to get over there. Coming from Alaska, I'm used to riding through remote areas. It will definitely be special. 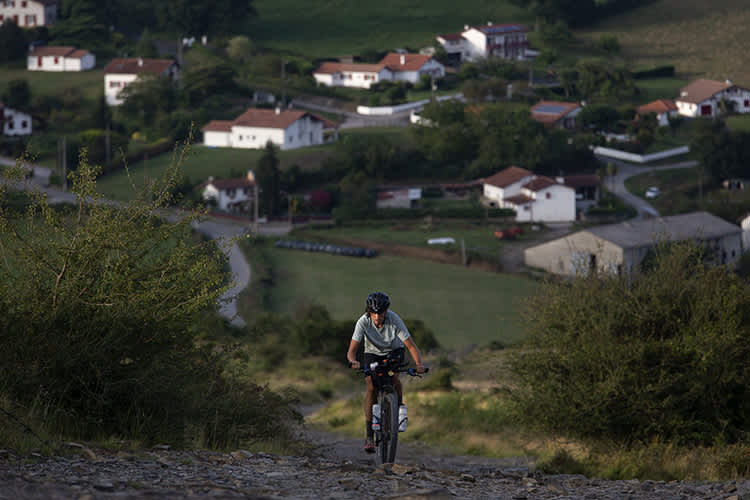 Have you taken any steps to make your bike more bulletproof than usual?

I took a week-long bike mechanic course in January which has gave me the opportunity work on my mechanical skills and confidence.

The women's TABR record has been undefeated ever since you set it. Do you have any plans to return to the race and better the record?

No, I'm happy with my 2016 time and race. If another woman beats my record, she can have it. I don't think I'll be competing in any more ultra-distance road races. I'm getting too paranoid about riding in traffic in the dark. This is unfortunate because I actually really enjoy road riding.

Do you see a return to the world of ultra-distance road racing in the future?

Not in any big way. The BikingMan race in Taiwan in October has piqued my interest and I would love to ride on that island, it looks stunning! Otherwise, I'm trying to stay off the road in general.

You’ve done a lot of long-distance touring in the past. What are some aspects of cycle touring that you bring to ultra-racing?

Touring taught me how to live on the bike and deal with adversity. It got me used to sleeping in the dirt and carrying everything I need so that I could take on the self-sufficiency aspect of ultra-racing.

And on the flip side, are there elements of ultra-racing you bring to cycle touring?

It's encouraged me to go on more solo adventurous rides. For the summer of 2017, I took a break from ultra-racing to ride all of the major paved and gravel roads in Alaska (7,250km). After the experience of long-distance racing, I knew I'd be able to cover the distance and I had so much fun riding around my home state. I did very little planning in advance and rode impulsively. I loved it!

Are there any other places in the world you’re particularly keen to explore by bike and why?

I'm really curious to ride in Colombia and Georgia. Not sure why I'm so drawn in, but I am. I love riding in the mountains. I definitely want to do more riding in Mexico too.

Tell us a little more about the mentoring roles and cycling camps you’ve taken on in recent years. How important is influencing the next generation of riders/racers to you?

I run a six-week bike mentorship program for 12-13 year old girls in Anchorage, Alaska (my hometown) called Anchorage GRIT (Girls Riding Into Tomorrow). We build up to a 3 day, 100km adventure ride from their school to a forest service cabin at the end of Eklutna Lake. Specialized sponsors GRIT and at the end of the 6 weeks, the girls get to keep their bikes. Cait Rodriguez and I organise GRIT because it’s an opportunity we wish we had when we were young.

I've also organised two women's scholarships. The first equipped a woman to ride the 2,700km Baja Divide and the second was for a 1,600km Alaskan Adventure. I am motivated to inspire women and girls to dream up long distance adventures. Over the two scholarships, I've had 360 applicants ranging from 14 years old to 76 from all over the world. It's inspiring for me to read their stories and their hopes. Yes, only one woman can win the scholarship, but so many more are empowered to dream big, make a plan and share their courage. I've found that many of the women that have applied for the scholarships, but did not receive them, end up going on the adventure anyway. It's so cool! 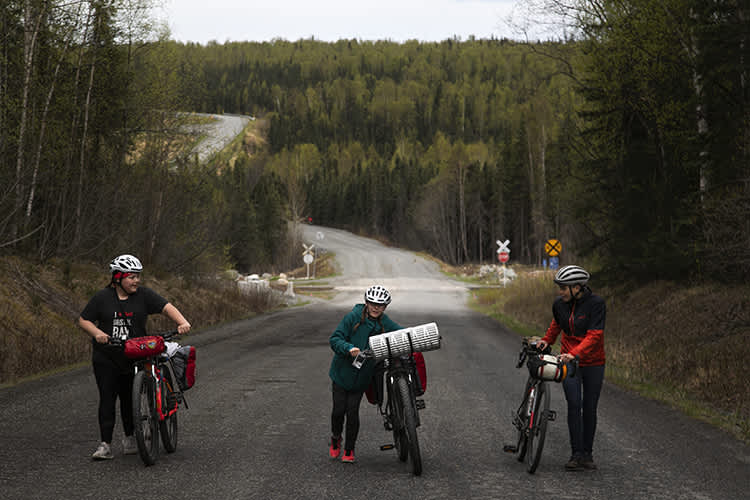 Also from 5 minutes with...