His phone died and his powerbanks were empty on the last day hence the lack of updates in his final hours of racing. Someone get this man a dynamo! Anyway, an incredible ride from Sofiane and he says he's happy to finish second in this race. I mean I can think of worse things than coming second to Ulrich!

Björn arrived just after midnight last night. Unfortunately no word on his thoughts just yet - we'll let the man sleep - but we'll update you if and when he announces he wants another showdown with his podium pals. 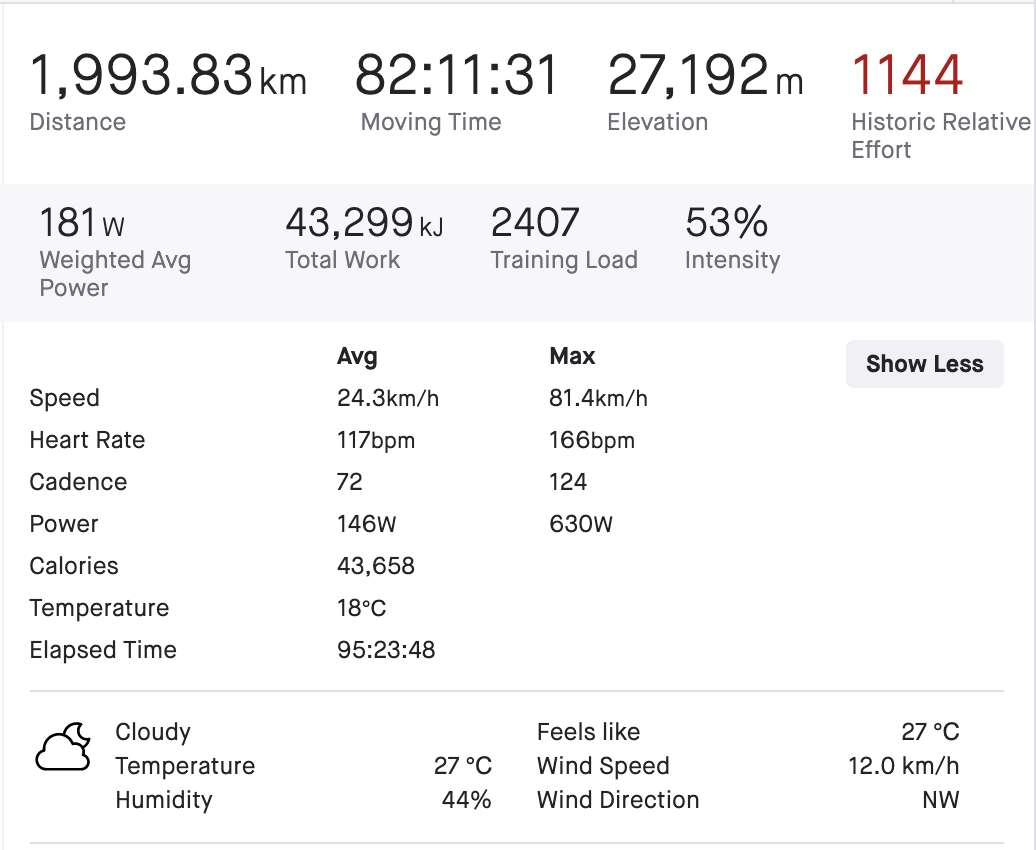 A few things to note here:

It looks like Théo Daniel broke away from Adam Bialek at some point, though the trace is missing some points so I can't tell exactly when he managed to create the gap. At one point they were riding around 10 minutes apart but Adam much have succombed to a case of the dozies.

Dotwatcher David uncovered this video from him saying he's lost 4kg in weight so far. Easy to see how when realise how many calories rides like this require. Unfortunately there are no subtitles for our non-French dotwatchers.

Just as Björn arrived in Nice, Fanny began her descent of Ventoux. She has around 340km to go and she says she's unlikely to finish tonight, though she is determined to fight until the very end. We can't wait to see her at the finish line in Nice and we'll bring her celebrations to you right here on DotWatcher when she gets there.

More info on the climb to CP2 from Gstaad 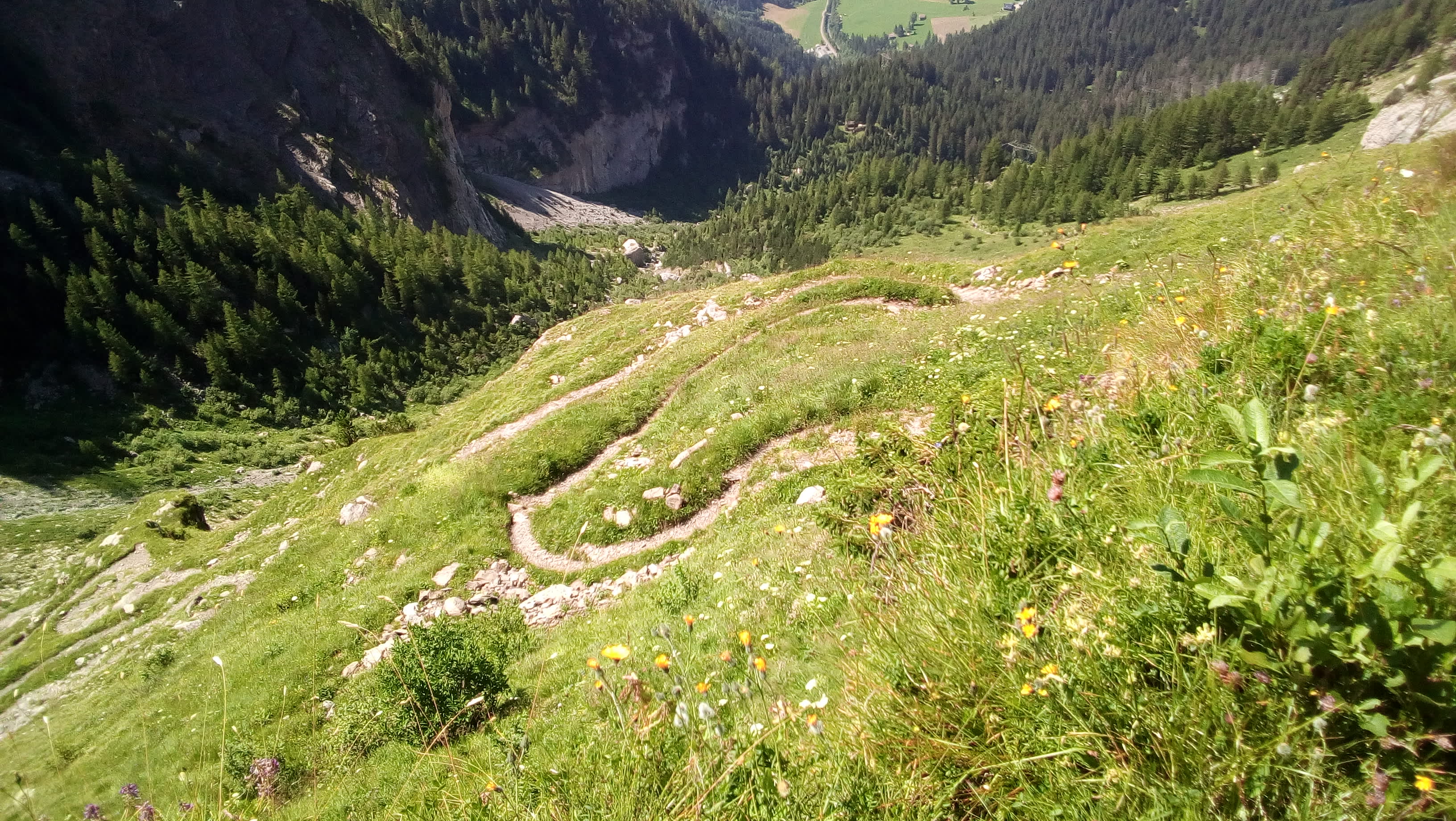 Urs Kutschera emailed us some photos yesterday which puts the hike-a-bike path in perspective. He took his bike with him by the look of it, though he points out that the race manual did not say you have to. 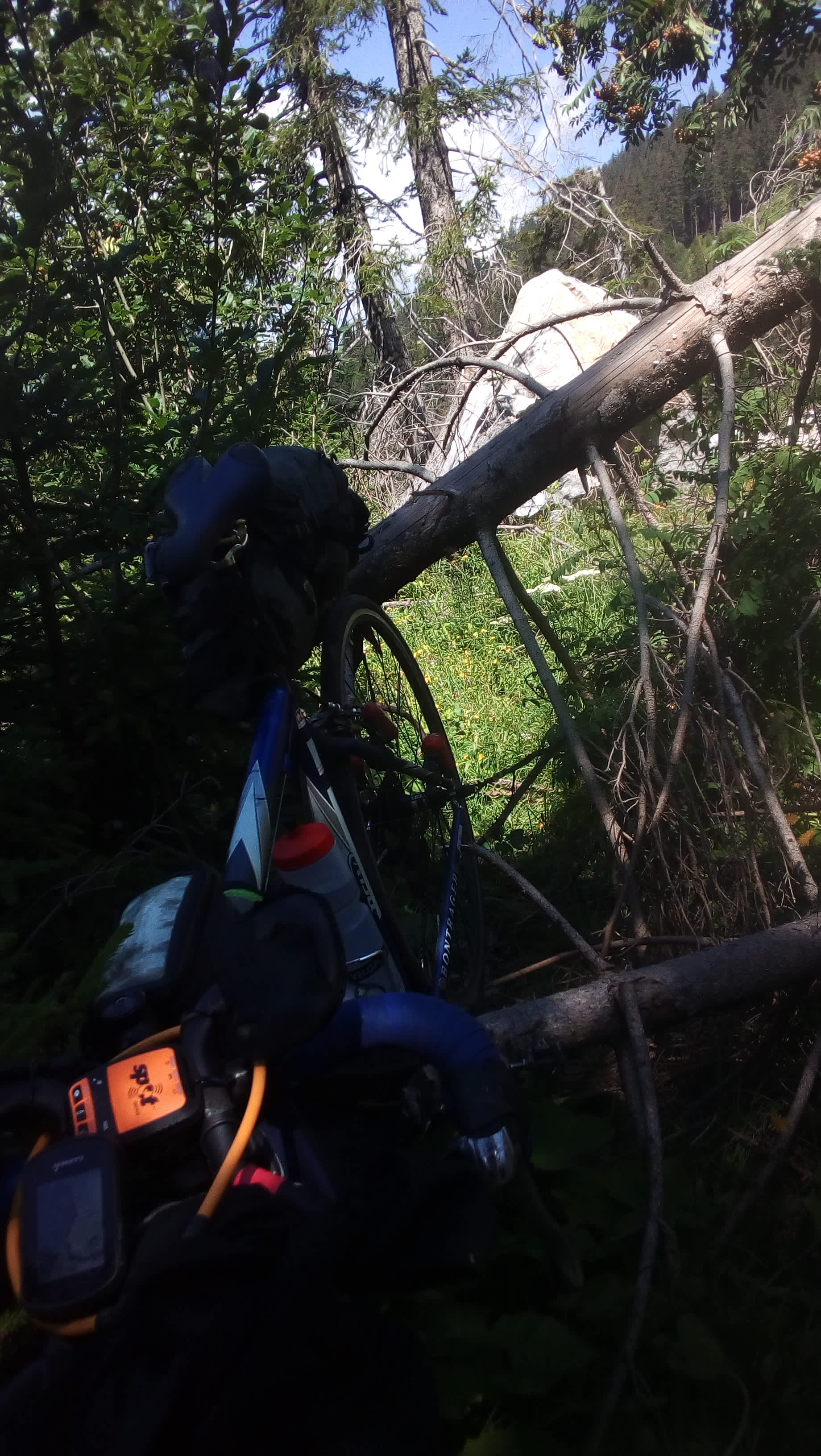