Jochen has just 50km to go on his trusty steed. I wonder how it handles on the rough stuff? Check out the speed he was tracked at earlier - this is so great!

Astonishingly he's increased his lead to 43km though whether that's his new bike giving him that extra power or whether Markus has slowed down it's hard to say (see race flow below - the gradient indicates how fast a rider progresses through the course). All that remains for Jochen is a descent, a final climb and a final descent into Montreux. 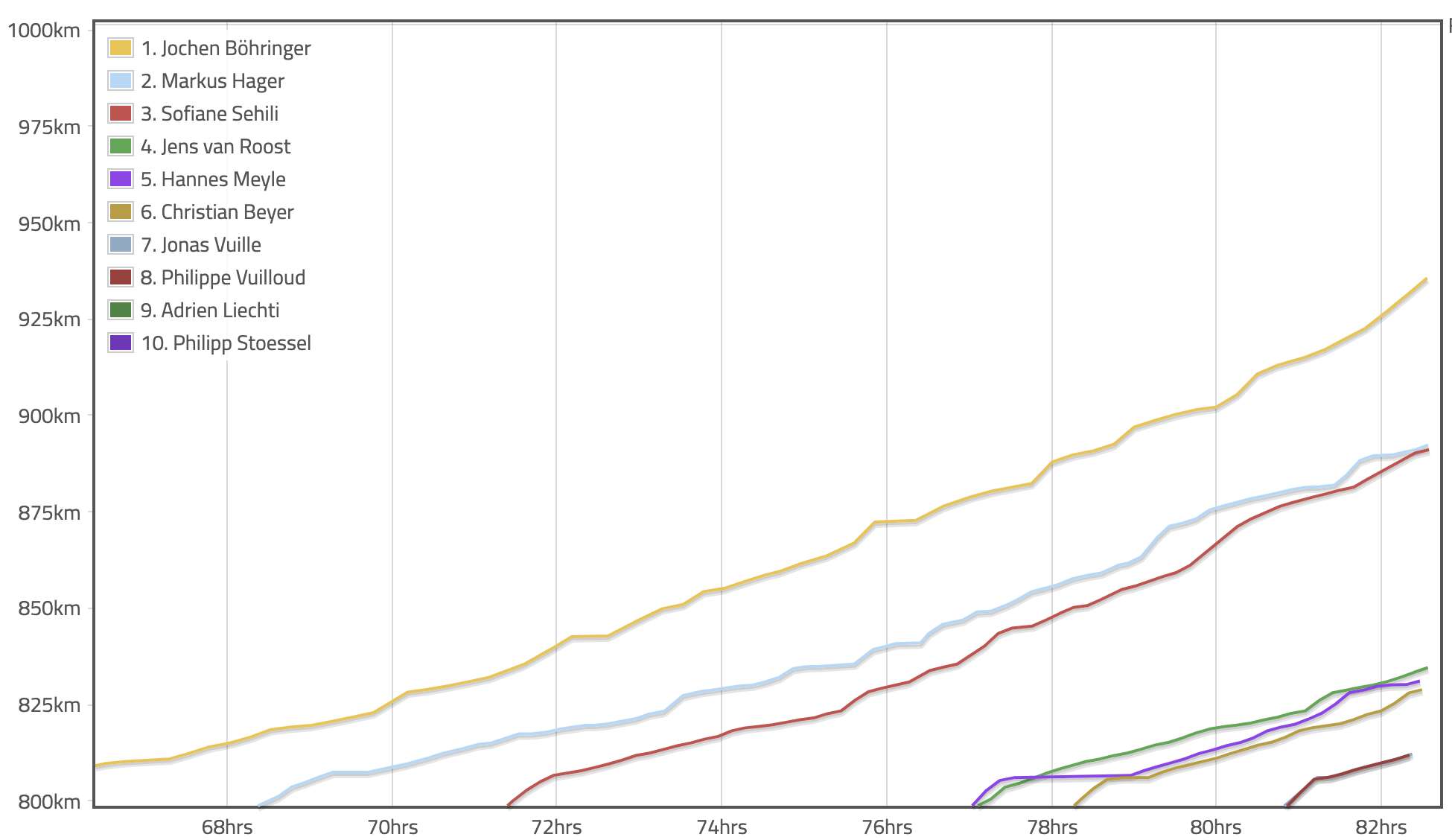 Andreas has been sending across some intel that latest revealing an even bigger feat of endurance...or should that be feet?

(I'm riding in the owner's cycling shoes that are too small)

At around 892km into the race, Sofiane managed to catch Markus Hager and move one place up the leaderboard into second. Bear in mind that Markus started 20 minutes before Sofiane so the Frenchman has managed to make up that time also. It's likely we'll see a jostle for position for a few hours yet until one of them can break free. It's Sofiane with a slight upper hand at the moment but you never know.

Even if Markus manages to be the second rider home, a potential time penalty relating to the skipped section of the route earlier could cost him that position.

Elsewhere on the leaderboard 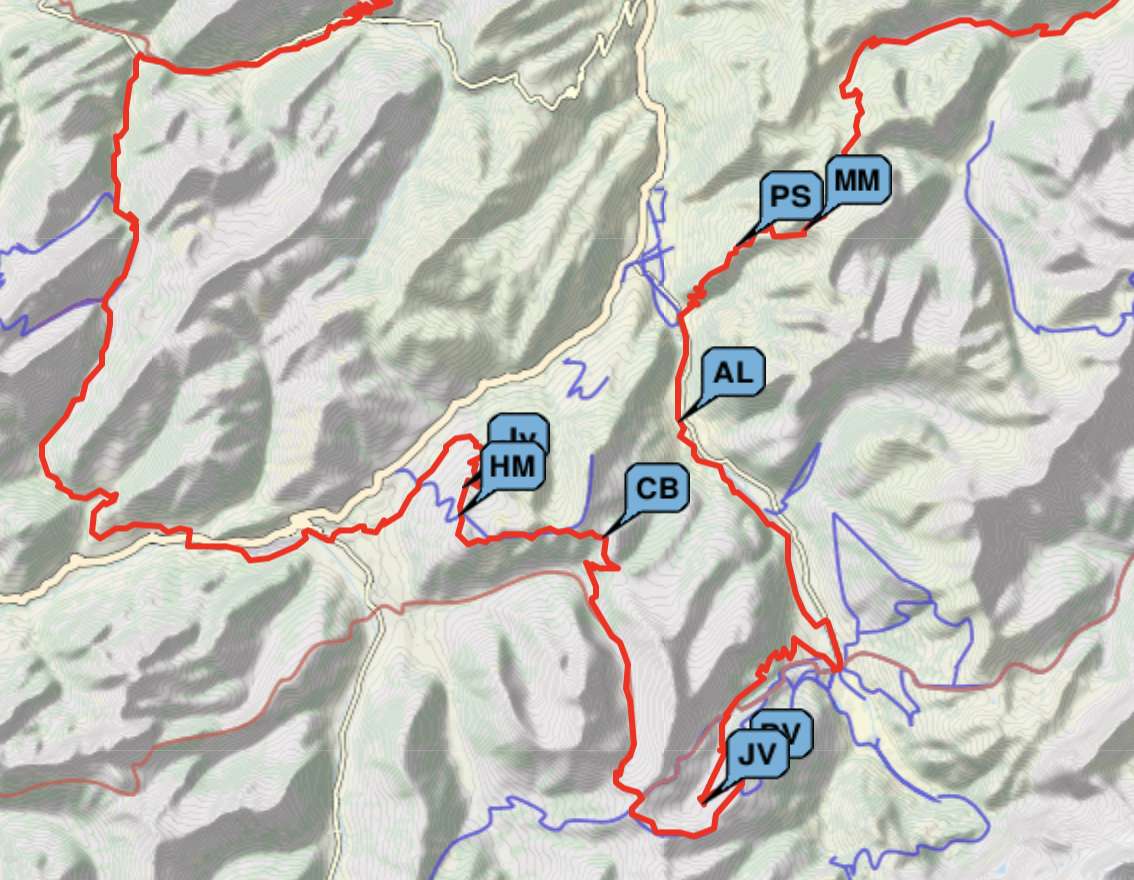 Jens van Roost, Hannes Meyle and Christian Beyer are all within reaching distance of each other still meaning fourth place is still up for grabs. Jens appears to have stopped for 40 minutes or so at the time of writing so we're wondering whether he's napping or fixing a mechanical. Philippe Vouilloud and Jonas Vuille are also tied about 20km back for seventh.

Lisbeth sweeps up some Strava trophies 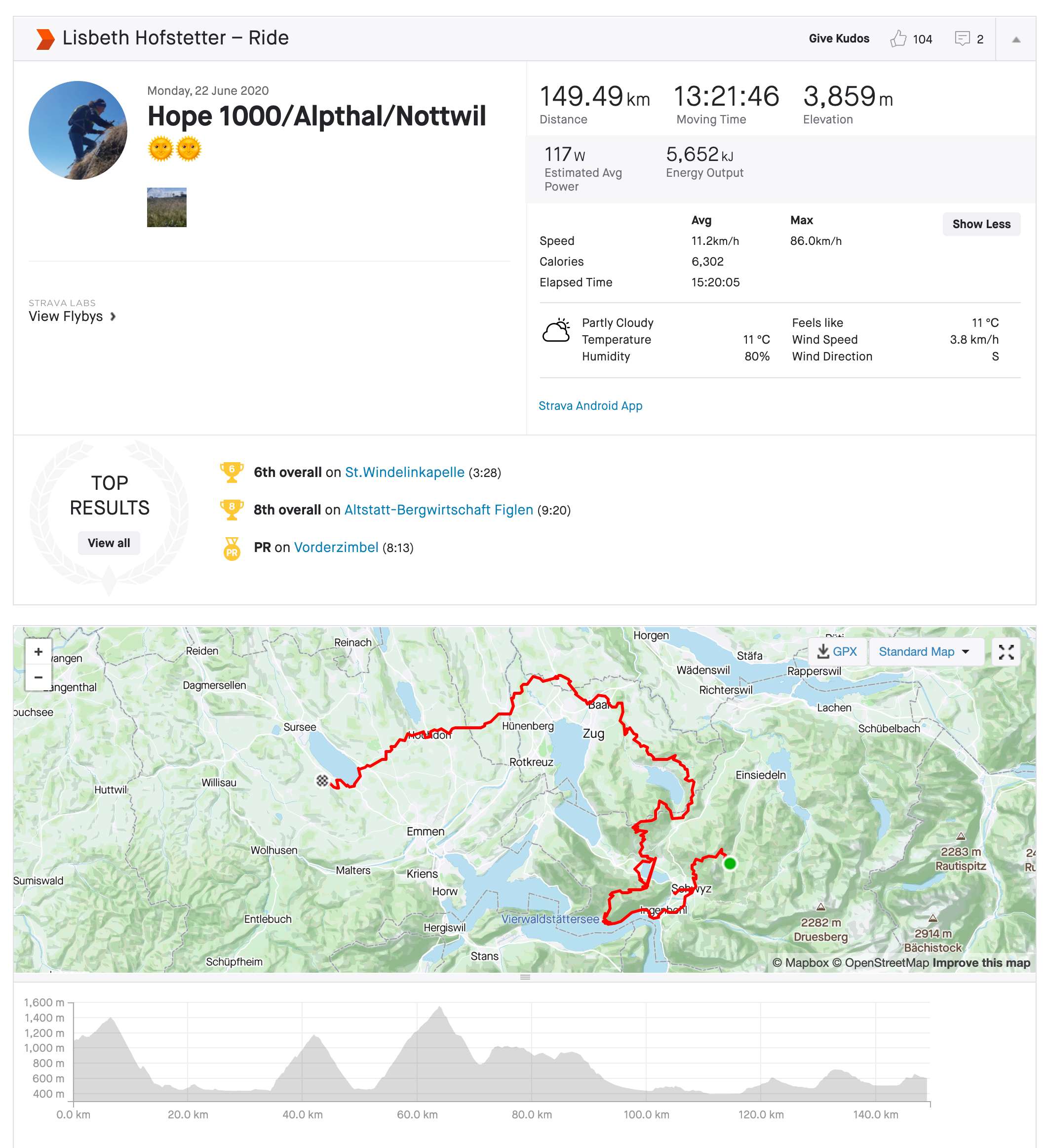 Lisbeth has been uploading her activities as she goes and in doing so has earned herself some personal records and positions on segment leaderboards. You can follow her on Strava here. She is currently on the route detour near Marbach around 60km behind Emma Pooley.