We're still puzzled how Jochen managed to finish the race on a borrowed bike and he sent across some extra photos this morning. 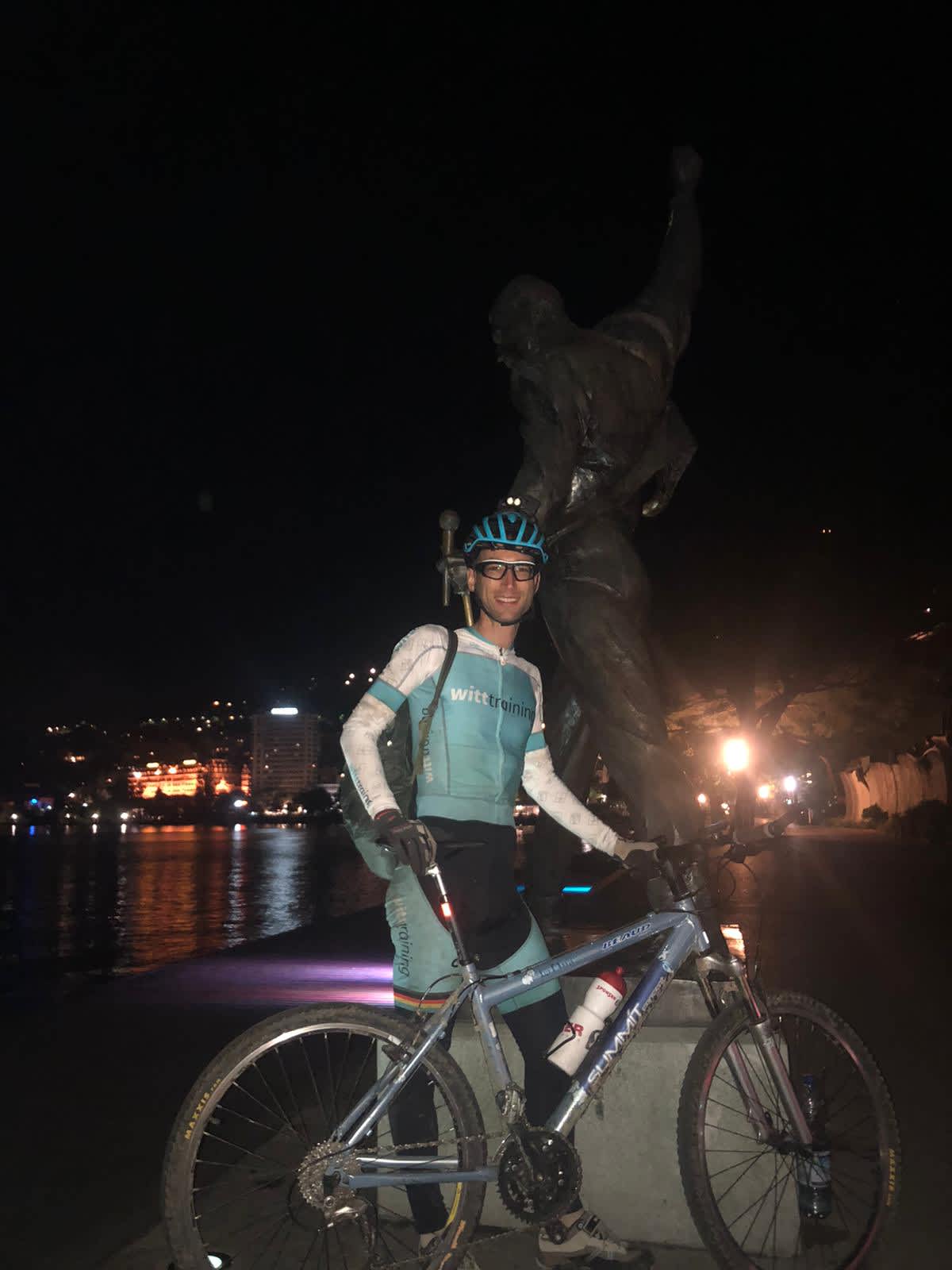 Here he is in front of the Freddie Mercury statue with his new bike. Wir sind stolz auf dich, Jochen!

Note: all riders must take a picture at the statue as proof of their finish.

Rounding out the podium

Sofiane and Markus managed to get into Montreux just as we predicted (in the early hours of this morning) and it looks like Sofiane created a strong lead between them in the end.

Hannes Meyle is just about to crest the final hill before descending into Montreux. Once at the summit, he'll be greeted by his cheer squad as seen here with Jochen last night. 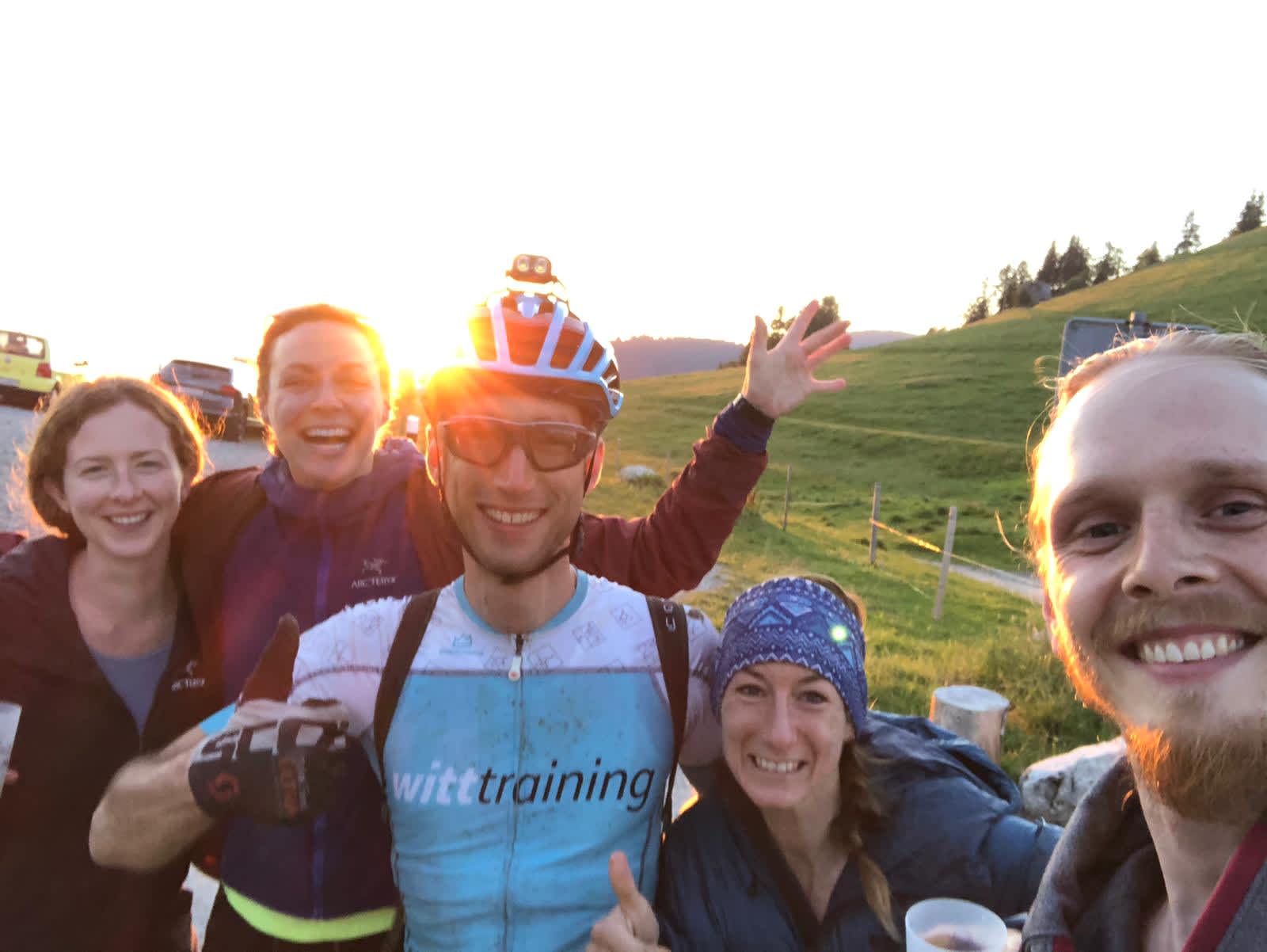 Philippe Vuilloud and Jonas Vuille are tied for seventh both having slept for the same amount of time last night too. It's anyone's guess who grabs that position!

A few kilometres behind them, there's a gripping battle going on for 10th place right now between Philippe Stoessel and Michele Miani. They've been switching places for some time and it must just be the social distancing measures separating them at the moment. It'll be exciting to see who can claim a top 10 finish later today and whether or not there'll be a sprint for the line statue.

Mark Lauzen has been posting video updates to his Facebook page. Even if you're not fluent in Swiss German, the views and sounds of the cowbells will cast your mind into the heart of Switzerland's countryside.