All in half a day’s work

It wouldn't be an ultra-endurance race without a challenge from the off and this time it was rain. In the Basque Country, they call it xirimiri (pronounced shirimiri) and it's the kind of fine rain or drizzle that soaks you to the bone.

Needless to say, rain didn't stop play and the riders had to get on with it as soon as the flag dropped at 22:00 local time in Bilbao. 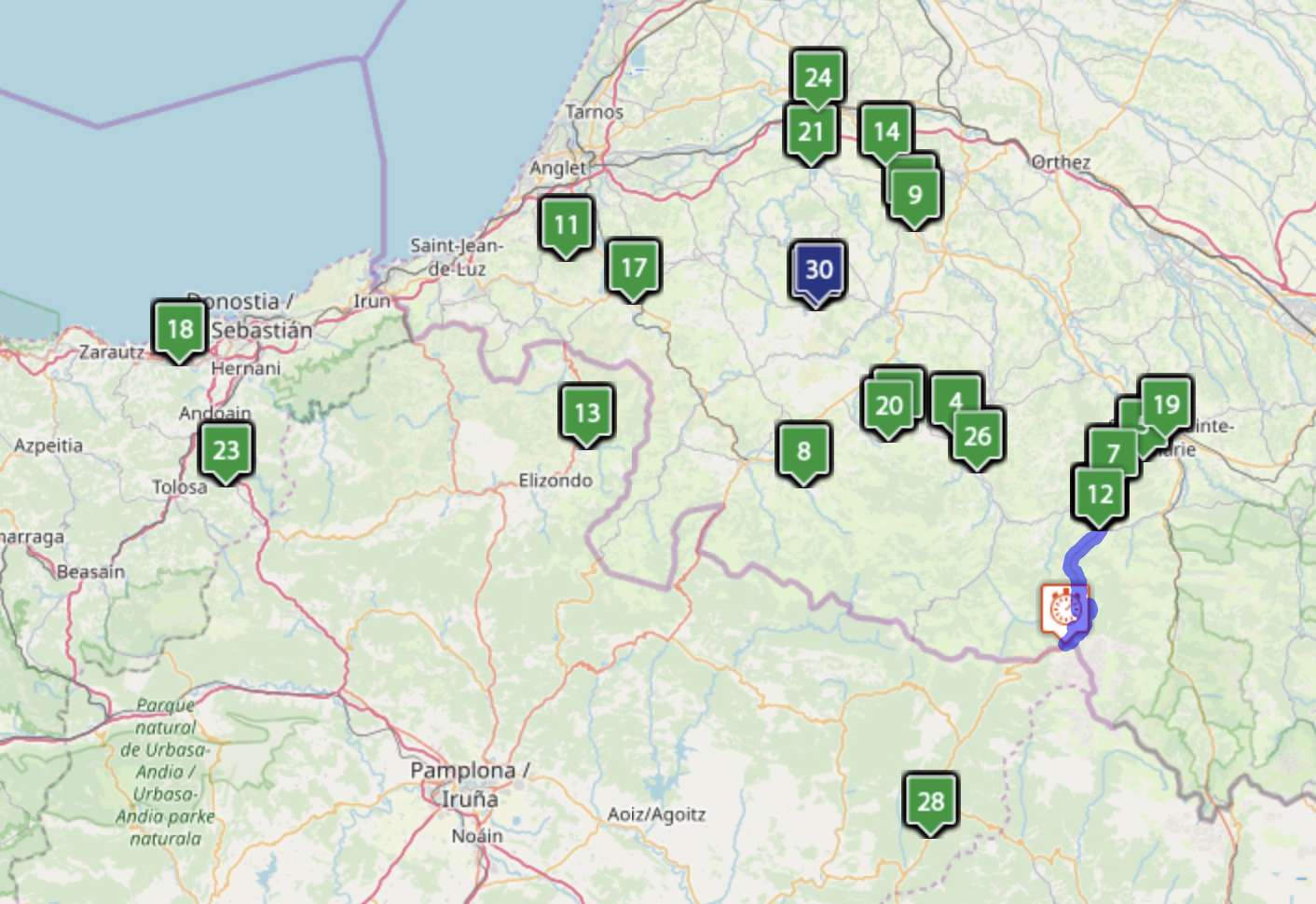 CP1 is the Col de la Pierre St Martin, the highest paved mountain pass in the Basque Pyrenees that tops out at 1766m above sea level. The mandatory parcour takes riders from the French village of Arette up a 26km climb with an elevation gain of 1440m (that's an average of 6% for those playing at home).

Given there's a rather large mountain range sitting on the border of Spain and France, it's no surprise the dots immediately went their separate ways. It looks like the favoured road was the D936 into Arette, though some others have taken a more direct but possibly hillier route on the D918. 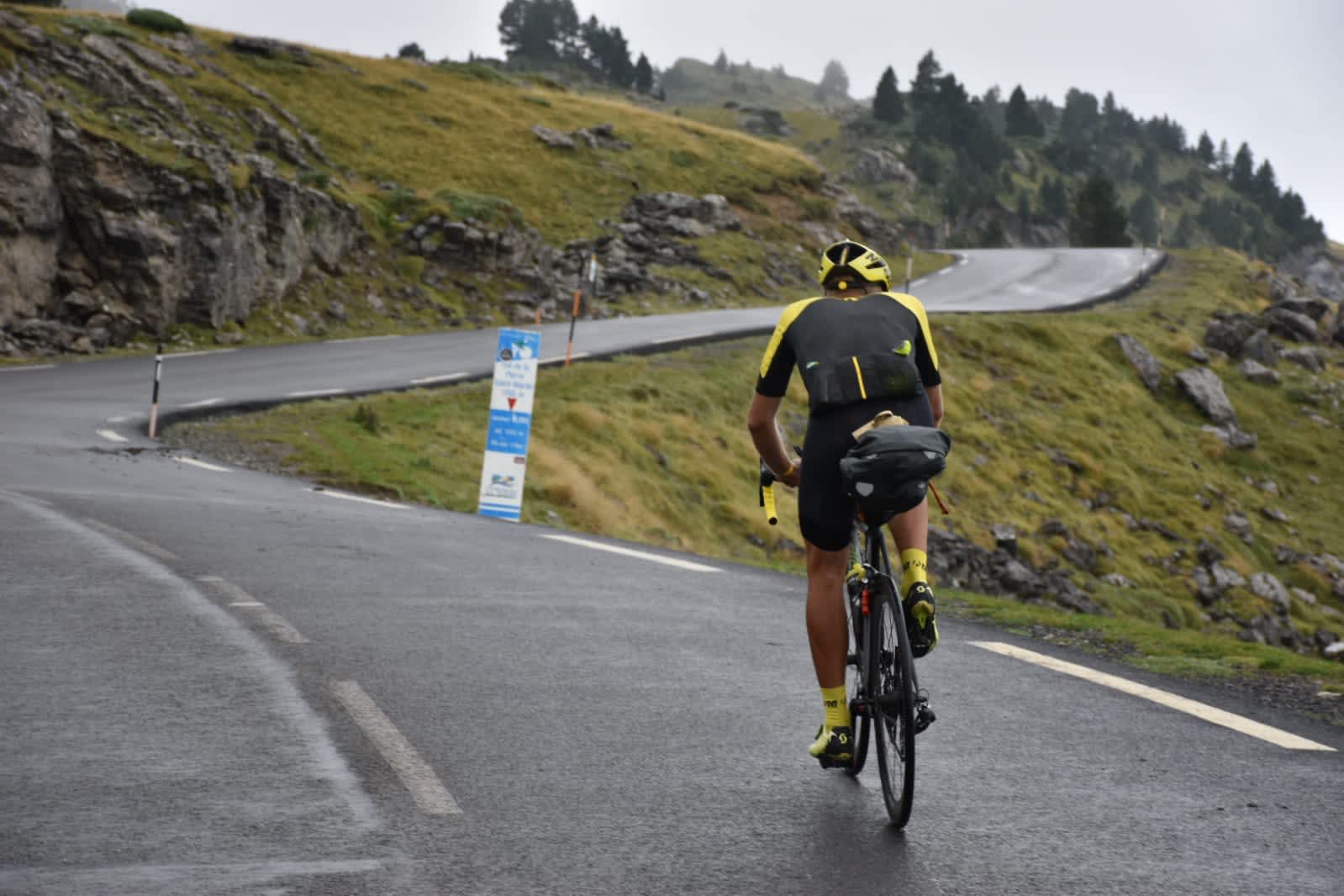 TransPyrenees winner, Ulrich Bartolmös, launched his lead early on and reached CP1 at 09:26 this morning. He looks to have a 40-50km lead from his nearest rival, Kim Heikkinen.

The two Finns have now begun their ascent of the parcours to CP1 and not far behind them are Portuguese rider André Alvis and US rider Brian Mitchell.

It's early days and anything can happen, especially in the mountains. Check back later to see how the day unfolds.