Musings from the midpack 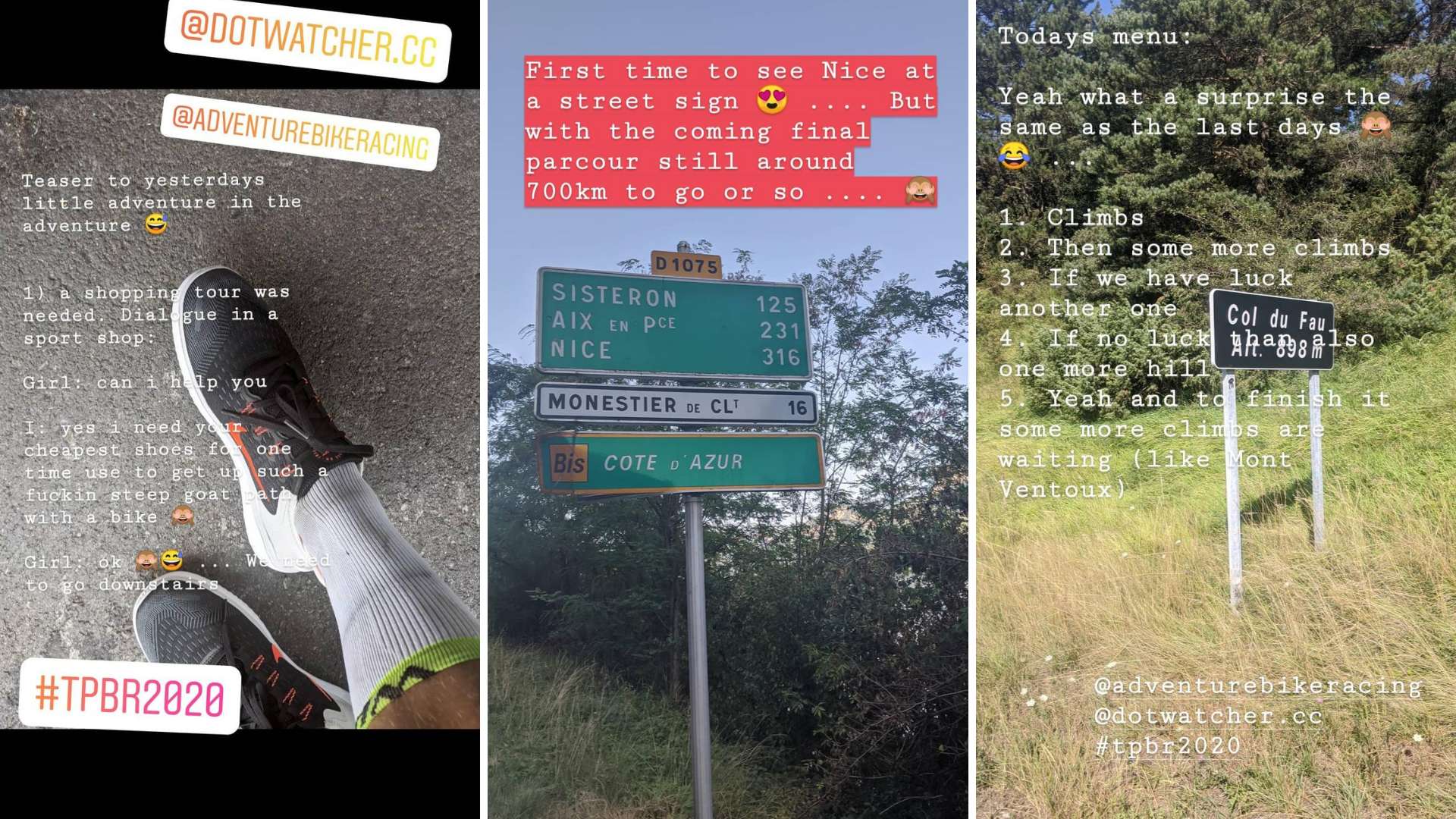 The award for rider with the greatest sense of humour must go to Alexander Lenz (cap 3) who has had quite a hilarious few days. He's been tagging us in his Instagram Stories and it's brought a few laughs to us through the race.

Today, he's mountain hunting and would love nothing more than to climb a bunch of Cols in the heat of a French summer's day. He's had flat tyres in the dead of night, a few minutes cooling off in Alpine lakes to combat the heat and even bought some cheap trainers for hiking up the path to Col du Sanetsch and he's now on his way to Ventoux! Give him a cheer from the comfort of your armchair today. 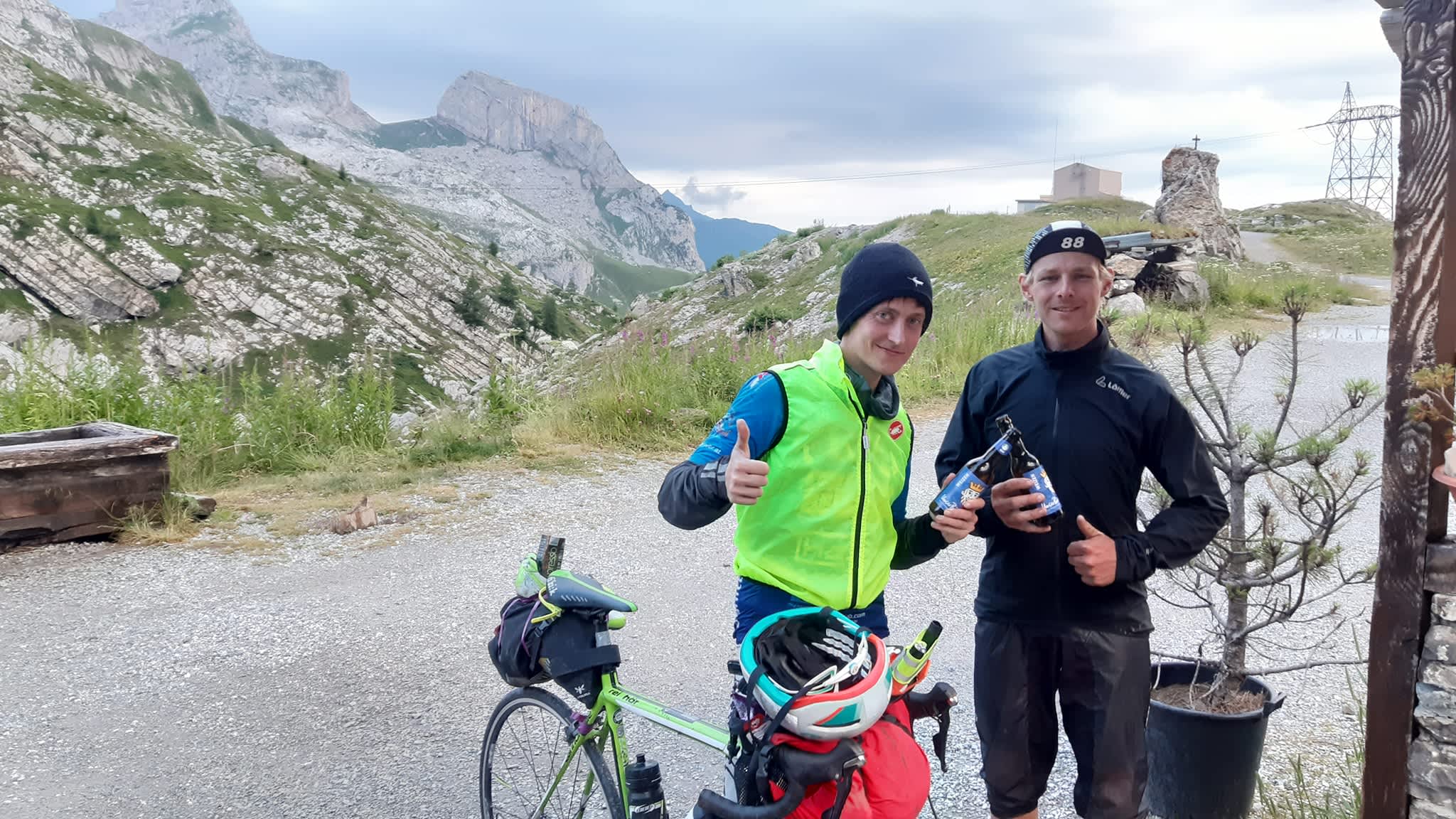 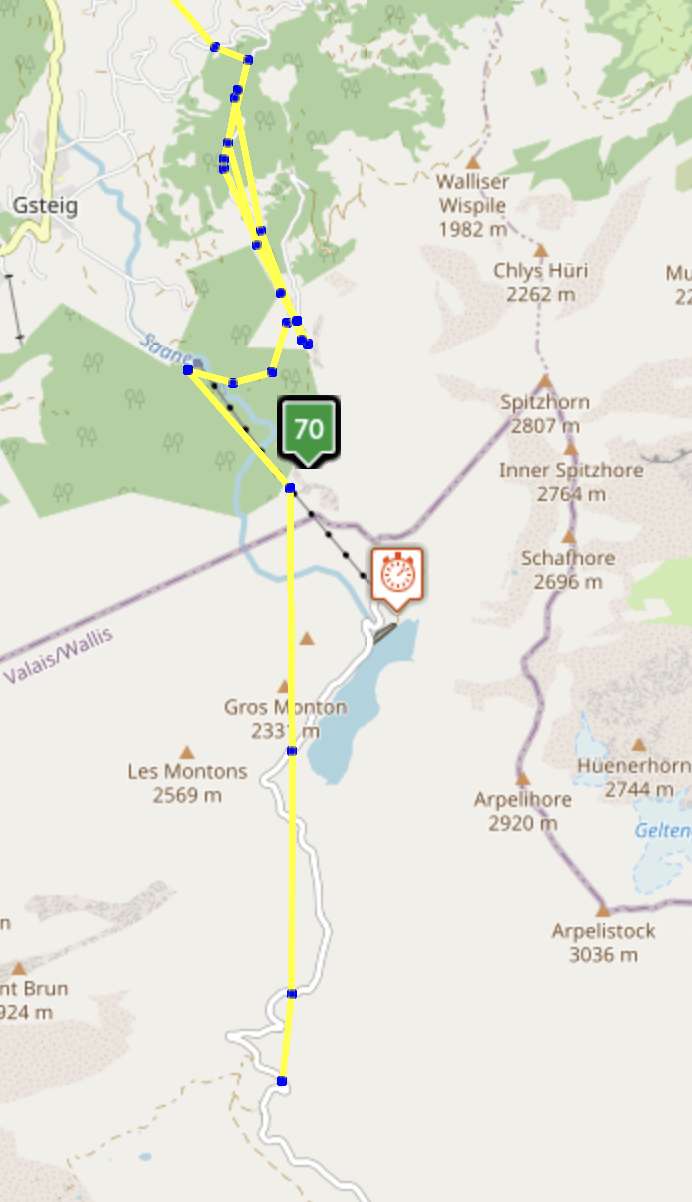 We've been tipped off by a dotwatcher keeping tabs on the midpack and have discovered an interesting trace from cap 111, Jurgita Lemesiute. The time stamp at Sanetsch says 07:45 (local) but the dot you can see that follows the cable car line says 09:54, so we're wondering what's happening here. Other riders' trackers are recording along the hiking path, so we can't see a good reason why Jurgita's wouldn't do the same. 🧐 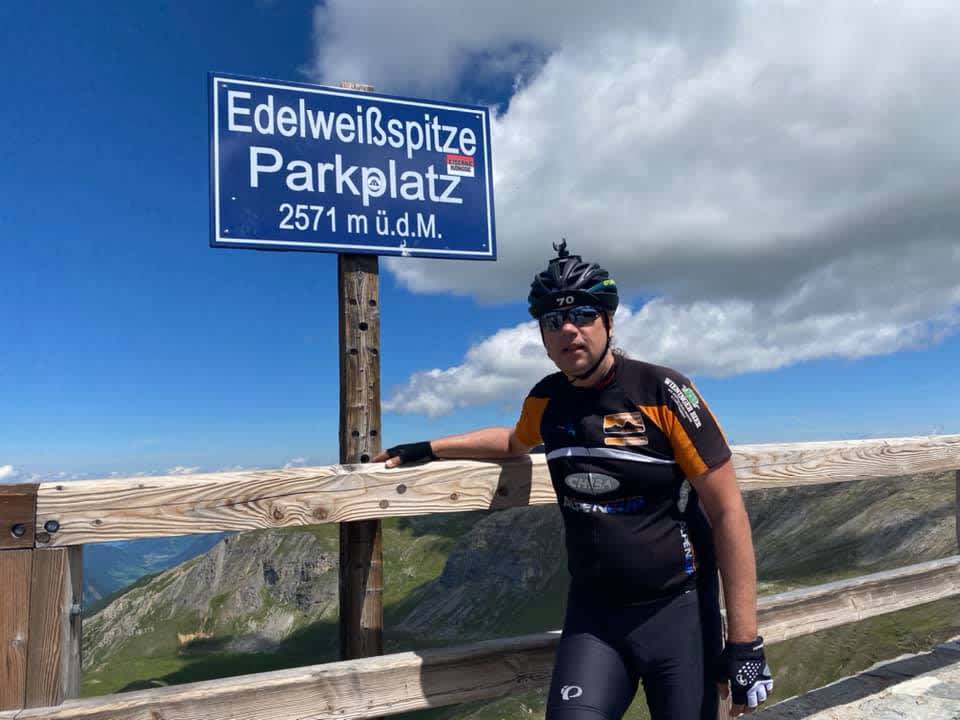 Before the race began, we had a chat with Stefan (cap 70) after he sent through his bike setup, so we thought we'd share a bit more about him. TPBR is his first race and he's planning to finish in under 9D 2H 0M. His longest trip before this event was in 2008 when he rode 1800km in 12 days during the Tour de France. While on this journey he had a laid back approach to his days on the bike. "I preferred being at small hotels, taking a long breakfast and starting around 10:30 am or even 11:00," he says. He's completed the Ötztaler Radmarathon nine times, so he's certainly no stranger to the terrain. He lives near the Austrian border in the south of Germany and he's hoping his mind doesn't wander back home as his route almost passes his front door.

You can give you suppport to Stefan on his dedicated Facebook page.

Torsten Frank is a rider with a long palmares. You will have seen him during the Atlas Mountain Race and previous editions of the TCR. He's also one of the few riders who have completed (pending this race) every edition of the Three Peaks Bike Race. Tomas Zaplatilek and Marcis Martinsons are the other two.